The Weekender: ‘Dawn’ on Me

Dawn of the Planet of the Apes
I couldn’t have been less interested in Rise of the Planet of the Apes, especially after the unmitigated disaster of Tim Burton’s reboot. But I have faith in Matt Reeves, who successfully remade one of the best horror movies of the last decade (Let the Right One In) without feeling like a cheap imitation. He’ll be able to hold onto the story that can easily get lost in the CGI. 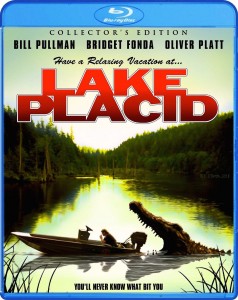 Lake Placid
Back before SyFy came along and ruined everything, there was an art to making horror comedies. In recent years, only Alexandre Aja’s remake of Piranha pulled it off. But in ’99, an all-star cast (including a foul-mouthed Betty White) came together for a ridiculous creature feature. Maybe you don’t need it on Blu-ray, but you do need it in your life, at least to show your bad movie-loving friends how to really make a bad movie.

This entry was posted in Film, Previews and tagged beatles, dawn of the planet of the apes, hard day's night, venus in fur, witching and bitching. Bookmark the permalink.