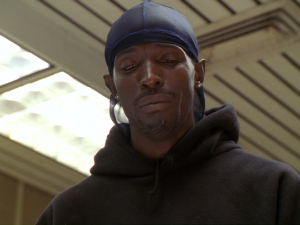 “The Wire” (A)
And the show just keeps getting better. This is essentially a perfect episode, from the long take that begins the episode to the development of the case and haunting final shot. Omar continues to be the show’s best character, while Rawls is easily the most deplorable law enforcement officer since Paul Gleason in Die Hard. 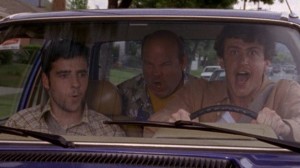 “Eric Visits Again” (A)
Basically a clinic in how to do a great episode of single-camera comedy, which, if you’ll remember, wasn’t really a thing yet. Jason Segel is even better here than his initial appearance. 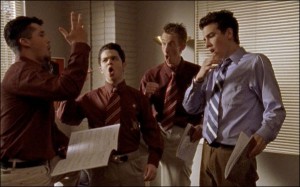 “Rush and Pledge” (A-)
Perfectly captures the allure of frats before crashing abruptly with the horrifying reality. And there’s “How Bizarre” on repeat. Man, I love this show. 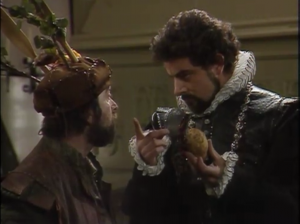 “Potato” (A-)
Who knew you could mine such humor from Sir Walter Raleigh? The highlight of season two so far, it features Tom Baker (yes, the longest-tenured Doctor Who) as a drunken seafarer. The reason it works so well though, is the entire cast nails absolutely every line. Still could have chopped a few minutes off to make it nothing but hits, though. 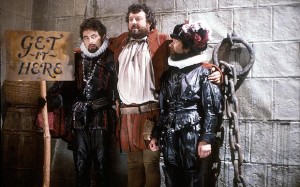 “Money” (B)
Maybe it’s that American TV, with its 22 minutes of show and commercial breaks has ruined me, or that the humor’s both a little dated and foreign, but my biggest problem with Blackadder is it seems to run out of gas in a lot of episodes. Lose eight minutes of screen time, and they’d be perfect little bits. In their half-hours, they’re a little too bloated and not quite as funny. But still, the pictured bit of Blackadder prostituting himself is so brilliant that it makes up for the less-than-stellar moments.