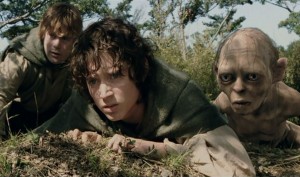 BEST PICTURE
Chicago
Gangs of New York
The Hours
The Lord of the Rings: The Two Towers
The Pianist

Should have won: The Two Towers
Not even nominated: 25th Hour

My favorite film in Peter Jackson’s Lord of the Rings trilogy is the second, because it removes all the exposition of Fellowship and the endless epilogue of Return. It’s got epic battles, changed allegiances and the introduction of Gollum. I understand why the final chapter won as a summary of the entire trilogy, but this is the superior film and a win here would have ensured a different (and better) Best Picture winner the following year. 25th Hour, meanwhile, suffered from arriving too late in the game. It’s Spike Lee’s best movie (after Do the Right Thing) and a deeply affecting film about male friendship and mistakes made in the shadow of those other two towers. 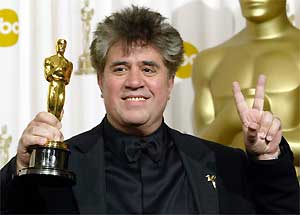 Should have won: Almodóvar
Not even nominated: Julie Taymor, Frida

Last year I wrote that I was fine with career achievement awards. And I still am, just not for Roman Polanski. It’s not because of the sexual assault or his arrogance or cowardice. It’s because he gets swept up in Hollywood’s revolutionary late-’60s/early-’70s period and he’s not the equal of Martin Scorsese, Stanley Kubrick or Francis Ford Coppola. Yes, this was, to me, only his third great English-language film (after Rosemary’s Baby and Chinatown), but when you compare him to Pedro Almodóvar? It’s not even close. Besides being Spain’s greatest director, he was also at the forefront of a complete shift in society, not just filmmaking. 2002 marked the beginning of a fruitful time for Latino directors and he should have ushered it in with an Oscar. Also, I am all for Julie Taymor’s visual playfulness and skillfulness being honored, even at the expense of other directors who, shall we say, know when to say when. Obviously, Peter Jackson should be here as well. 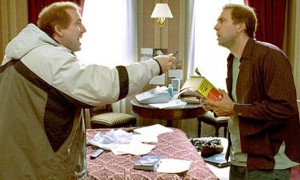 Should have won: Cage
Not even nominated: Robin Williams, One Hour Photo

Look, I’ve got nothing against Brody, who’s certainly one of the most daring actors of the last decade. His acceptance speech was the stuff of legend and his performance was definitely impressive. So which of these previous winners should have gotten another trophy? You’re going to laugh, but I think it should have been Nicolas Cage. Yes, the living meme. There was a time, as recently as 2005, when he actually put thought and care into his roles and that’s most evident in his wild portrayals of Charlie and Donald Kaufman. This is no mere dual role. Cage is giving two performances of a lifetime here and he pulls it off marvelously. Even with Meryl Streep and eventual winner Chris Cooper (which we’ll get to in a minute), the movie rests on Cage’s shoulders, and he handles the burden victoriously. In a similar vein, Robin Williams, the hammiest of hams, was magnificent in 2002, turning in three dark performances (his other two were Insomnia and Death to Smoochy). One Hour Photo was his best and I’d have taken him over Michael Caine any day. 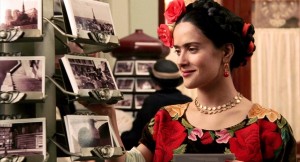 Should have won: Hayek
Not even nominated: Maggie Gyllenhaal, Secretary

For whatever reason, I’ve never taken a shine to Nicole Kidman. I’ve enjoyed some of her movies, but I’ve never fallen in love with her as an actress, despite taking the riskiest roles of any leading lady in recent memory. If she hadn’t won here, it would have happened eventually, I’m sure. On the other hand, my choice that year only had one shot and she didn’t make it. Salma Hayek had never made a great film before this. She was only known for her, ahem, other assets. She hasn’t made a great film since this either. In this category, in this year, I would have rather awarded a career peak, rather than another well-done (but uninspiring, to me) performance. And while everyone was applauding Diane Lane for getting nekkid after 40 in Unfaithful, they were ignoring a far more vibrant, sex-charged performance from Maggie Gyllenhaal in the black comedy Secretary. 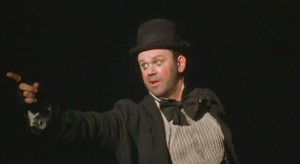 Should have won: Reilly
Not even nominated: Alfred Molina, Frida

The 2002 race was the first one I was really able to follow closely, devouring Premiere (RIP) and Entertainment Weekly coverage. For the longest time, it seemed that Christopher Walken was going to walk away with his second Oscar, and I would have been quite all right with that. In fact, this was the rare category where I would have been happy with any of the winners taking home the trophy, even the wild against-type performance of Chris Cooper. But what would have made me the happiest in hindsight? I have to go with John C. Reilly, so heartbreaking in his dramatic roles (Magnolia, The Good Girl), so hilarious in his comedic ones (Walk Hard, Step Brothers, etc, etc). His versatility makes him the most award-worthy in my mind. I would have liked to have seen the still-unheralded Alfred Molina sneak in for playing the most important 20th Century painter not named Picasso. However, it would be hard to see whom he could have replaced on this list. 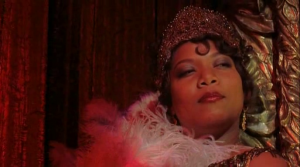 Should have won: The Queen
Not even nominated: Toni Collette, About a Boy

Here’s one that still boggles my mind. I am always dumbstruck to be reminded that Toni Collette was not, in fact, nominated for her brilliant turn in About a Boy. It was far and away the best supporting performance of the year, and she wasn’t even nominated. But anyway, of the nominees, this remains one of my least favorite victories of the last decade. Zeta-Jones’ smug villainess is one of my biggest problems with Chicago. Like a forged jewel, it still has some dazzling qualities but remains completely phony. I would have much rather seen the Oscar go to Queen Latifah, for all the reasons I wrote about for Salma Hayek. She’s the only one in the movie having genuine fun. 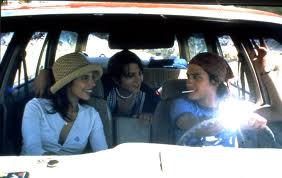 Should have won: Y tu mama también
Not even nominated: Punch-Drunk Love

Certainly not a win I’m too upset about since I’ve raved above about Almodóvar’s genius. His two nominations were a result of his great career and his country snubbing Talk to Her as its official submission in favor of Mondays in the Sun, which, if you’ve ever seen it, is a knockout itself. (I’ll write more about it at length next year, since it failed to get nominated and was eligible during its U.S. release in 2003.) His win here is a huge coup for foreign films. Still, I’d have to give the slight edge in this category to another foreign film. Alfonso and Carlos Cuarón beautifully distilled what it must have been like to be a lost 20-something in Mexico at the dawn of a newly era, given a brief glimpse of freedom before the country was gripped by cartel-driven fear. And while I’m not as big a Nia Vardalos hater as some people, I want Paul Thomas Anderson to get nominated for basically everything he writes (except The Master, that was a well-deserved omission). 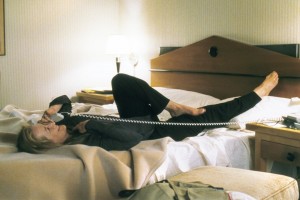 BEST ADAPTED SCREENPLAY
About a Boy
Adaptation.
Chicago
The Hours
The Pianist

Should have won: Adaptation.
Not even nominated: 25th Hour

Not even a question here, Adaptation was a brilliant adaptation and blazingly original (which should still count for something in this category). Charlie Kaufman still won two years later for Eternal Sunshine, but this should have been his first trip to the podium, alongside his invisible brother Donald. 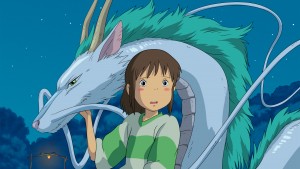 Perhaps the easiest win in Oscar history. Not only was Hiyao Miyazaki already a living legend, did you see the competition? Does anyone even talk about any of these other movies anymore?