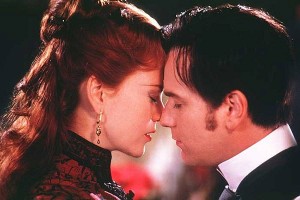 BEST PICTURE
A Beautiful Mind
Gosford Park
In the Bedroom
The Lord of the Rings: The Fellowship of the Ring
Moulin Rouge!

Should have won: Moulin Rouge!
Not even nominated: The Royal Tenenbaums

Let’s set the record straight: A Beautiful Mind is not a bad movie. At all. It’s somehow found its way into the same conversation with other “bad” winners like American Beauty, Chicago and Crash. Each winner is remarkable in its own way. But A Beautiful Mind stands out among typical Oscar bait by not just being well-acted but by having an interesting narrative that goes beyond “this happened, then this happened.” But in the 10 years since this movie won, I’ve never had that much desire to watch it again. Moulin Rouge! on the other hand? I can watch that all the time. It’s wildly inventive and takes an old-fashioned genre and revitalizes it with energy and style. It’s unabashedly corny, but it’s still a knockout. 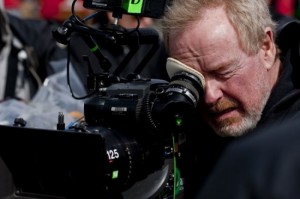 Should have won: Scott
Not even nominated: Baz Luhrmann, Moulin Rouge!

I’m not big on make-up awards, and I don’t think Scott deserved to win for Gladiator. But career achievement awards are generally OK in my book, given that the work being rewarded is worthwhile (Martin Scorsese for The Departed – yes, Al Pacino for Scent of a Woman – no). While I’m a big Ron Howard fan, and a defender of A Beautiful Mind, there’s something wrong when the director of classics like Alien, Blade Runner and Thelma & Louise doesn’t have an Oscar and the director of pretty good movies like Night Shift, Splash and Backdraft does. Howard’s win here has as much to do with the caliber of work as it does with his mysterious snub in 1996 when he won the Directors Guild Award for Apollo 13, but didn’t appear on the Oscar ballot—the only time that’s ever happened. Still, when throwing the term “master” around, you generally don’t hear Howard’s name mentioned. 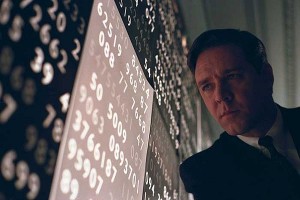 Should have won: Crowe
Not even nominated: Billy Bob Thornton, Monster’s Ball or The Man Who Wasn’t There or Bandits

One of the all-time biggest make-up awards, Denzel’s win here is kind of a shame. I mean no disrespect to the man, who’s such a boss, he can sleepwalk through any role and you’d still be blown away. But Washington should have won in 1993 for Malcolm X. But he didn’t, because the Academy honored Al Pacino hamming it up in Scent of a Woman, which made up for his inexplicable loss to Art Carney in 1975. Of course, I didn’t want Crowe to be the first back-to-back winner since Tom Hanks, but you’ll see that last year I wished Hanks would have made it to a third with a win for Cast Away over Crowe in Gladiator. I really wish Billy Bob could have found room in this crowded field, because he turned in his three finest performances (after Sling Blade and A Simple Plan, of course) in the same year. 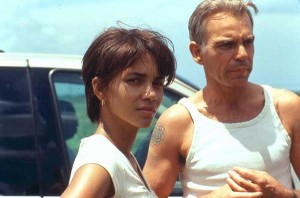 Should have won: No complaints here.
Not even nominated: Audrey Tautou, Amélie

So not to take away from Halle Berry’s phenomenal work in Monster’s Ball. She deserved it. But let’s keep this discussion: I still would have loved to see Zellweger break the comedy barrier. Can you quantitatively prove what Berry did was more difficult than Zellweger? You can’t. Sure, Berry’s character goes through more trauma, but that’s too often the gauge of a great performance, and that’s not always the right one to use. One of the few nominees in the last 10 years to be nominated for a full-on comedy, Zellweger definitely gave it her all, packing on the pounds, adding the accent, but more importantly, made every awkward moment totally believable. 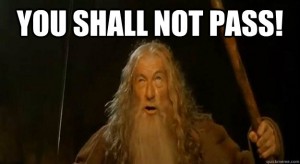 Should have won: McKellen
Not even nominated: Steve Buscemi, Ghost World

Look, Jim Broadbent is a really nice guy, and he turned in great performances in Bridget Jones’s Diary and Moulin Rouge! this same year. So this is definitely an accumulation award, But does a supporting Oscar always have to go the supportive spouse of a tortured genius? It happens a lot. But when you think about great performances from 2001, does Jim Broadbent EVER enter your mind? I doubt it. As far as memorable roles go, it’s hard to beat trained thespian McKellen bellowing, “You shall not pass!” (Side note: Do any other Oscar nominees have their own meme? Didn’t think so.) Still, how much better would it have been for the eternally underrated Buscemi get a nod over Jon Voight hamming it up as Howard Cosell? 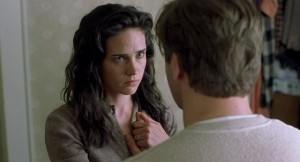 Should have won: No complaints here
Not even nominated: Dakota Fanning, I Am Sam

I’ll proudly declare that I had the biggest crush on Jennifer Connelly after this movie came out. And how could you not? She’s beautiful and full of life and the only performance here that’s the least bit exciting. I do wish the Academy would have skewed younger in this category, and ditched the sleepwalking performances of Mirren and Smith for the best child performance of the last decade. 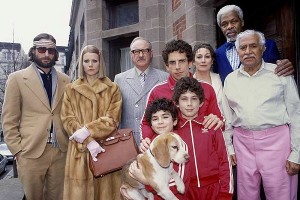 Should have won: The Royal Tenenbaums
Not even nominated: Donnie Darko

You gotta be kidding right? Four fantastic screenplays and the Academy picks the dullest one? Yikes. Seriously, any of these choices would have been better. But my favorite script is definitely Wes Anderson’s masterwork (co-written by Owen Wilson). I personally would have loved to see Richard Kelly’s Donnie Darko make it in place of Gosford Park’s hoidy-toidy comedy. I can’t say Kelly’s script makes total sense, but it surely is the most original screenplay. 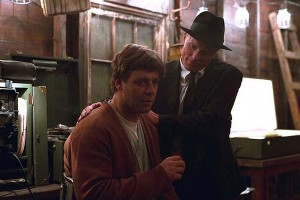 BEST ADAPTED SCREENPLAY
A Beautiful Mind
Ghost World
In the Bedroom
The Lord of the Rings: The Fellowship of the Ring
Shrek

Should have won: No complaints here
Not even nominated: Bridget Jones’s Diary

Ghost World’s a braver choice, as was Shrek, but Akiva Goldsman took a pretty standard memoir and turned it into a thriller, a romance and an inspiring drama in the same movie. You can also think of this award as the NFL’s Comeback Player of the Year Award, considering Goldsman only four years prior wrote the atrocious Batman & Robin. 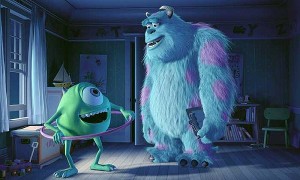 Should have won: Monsters, Inc.
Not even nominated: Waking Life

So I was big on the Shrek train 11 years ago. Still am, to an extent. But my opinion of Monsters, Inc. has only grown and it should have been yet another feather in the cap of Pixar. I also would have loved to see this new category honor the visionary work of Richard Linklater, who pioneered the rotoscoping technique with Waking Life.

This entry was posted in Essays, Film, Oscars. Bookmark the permalink.