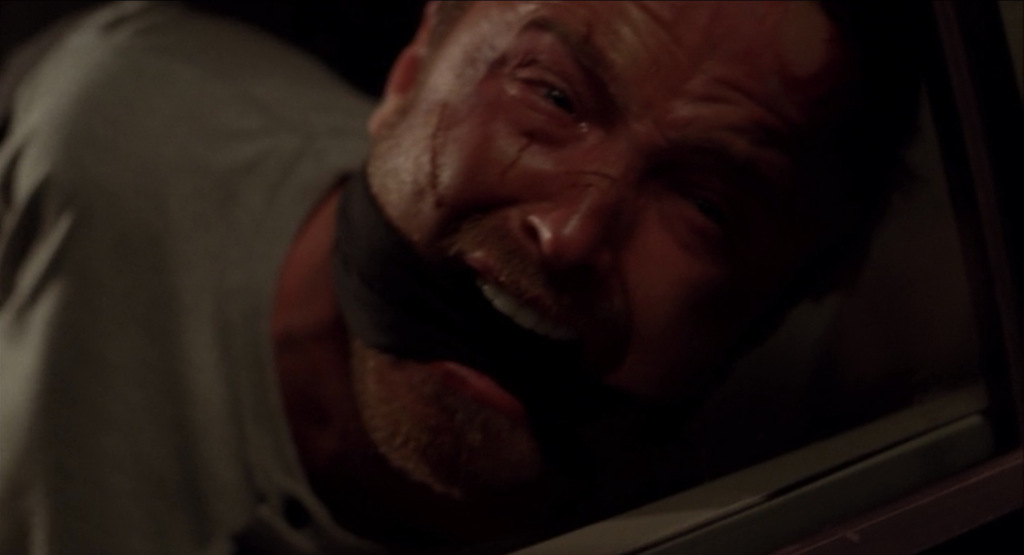 “Granite State” strikes me as the weakest episode of this extended fifth season. Now before you start screaming “Blasphemy!” because of all the harrowing moments, let me make my case that you’re remembering all those moments and forgetting what would qualify this as an outlier. (Also, let me say that “weakest” does not mean “bad.” This episode was still better than 98% of what’s on TV.)

The biggest reason this feels like a step down from “Ozymandias,” despite having to follow one of the greatest episodes of television ever made, is that where those thrills and  horrors felt visceral, everything in the first half of the episode felt completely pedestrian. The speeding off from the Schraeder house, the home invasion. That all felt like I was watching a generic cop show, not the greatest drama on television.

And while I enjoyed seeing Walt utterly powerless in that cabin up in Connecticut, I didn’t want to hear Robert Forster (great as he was) relay to Walt how bad it was for Skylar and the kids. I wanted to see it. The show has never glossed over the degradation of Walt and how his choices affected his family. So a throwaway line about Skylar working part-time at a taxi dispatch felt like we were getting gypped. This has always been a show-not-tell series, for better or worse, and that scene made it feel untrue to itself. Covering several months instead of its normal pace shortchanges us a bit, I feel.

But enough minor complaints. Just when you thought the show couldn’t torture Jesse any further, Todd goes and shoots Andrea. Whatever small hope Jesse had left is completely gone. This is going to make him completely unpredictable, which is an exciting prospect for the finale.

Still, this focus solely on Walt leaves us with a picture of a man who has already lost everything, so any choice he makes now is better than his current lot. That also makes him unpredictable, so now matter how many guesses I can make about “Felina,” I won’t have any idea until the episode airs Sunday. In that regard, the show has stayed true to its nature throughout. So who dies or lives is irrelevant. Walt had unchecked power and lost it all. Now someone’s got to pay, even though Walt hasn’t paid nearly enough.