Fall TV Hangout: Week 4 (aka The Best Week Ever) 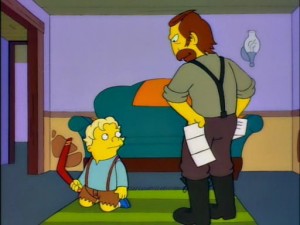 “Bart vs. Australia” (A)
I’m such an idiot. Last year, I called “Blame it on Rio” as the best travel episode of The Simpsons. I was so wrong. This is the funniest, most ridiculous travelogue the show has ever done. I could list all the funny bits, but I’d end up just copying the entire script. 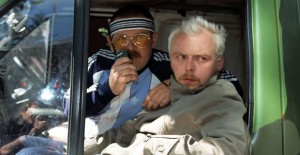 “Help” (A)
A clever heist parody that sets up the rest of the season. Perhaps the best showcase of this show’s real star: the editor. 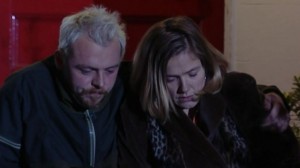 “Gone” (A)
Even in two short series, the show still has time for incredibly entertaining, low-stakes diversions like this one, which finds Tim and Daisy mixed up in a drug deal gone bad with some young hooligans. Even when there’s a hint of danger, the show diffuses it with its trademark silliness. 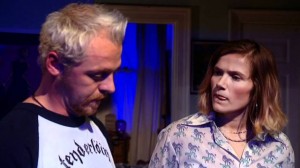 “Dissolution” (A)
Ouch. This episode, which could also be called “The One Where Marsha Finds Out,” is painful to watch, only because it’s so real. Every friendship is one eviscerating fight away from falling apart and this episode showed the ugliest side of all the relationships. 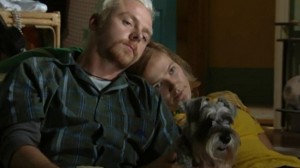 “Leaves” (A)
And then we came to the end. “Leaves” isn’t the best episode of the series, but encompasses everything we’ve come to love about it. “In the 21st Century, your friends are your family,” Tim tells Marsha in a bid to make her reconsider selling the flat he and Daisy rent from her. It’s absolutely true and leaving this show behind feels like leaving your family behind. It’s rough, but I’m truly grateful for the time I got to spend with them. This was an important, groundbreaking show and perhaps the best example (after Cheers) of the “hang-out comedy,” where spending time with these characters becomes far more important than plot or amount of laughter. It’s all about the camaraderie.

Next week: There’s a lot of TV to catch up on, so if it’s a brand new series, look for it in its own special post. Anything I’ve regularly covered will go in a new post that for now I’ll call “What I Watched This Week.” (The new shows I end up sticking with will be added into this post.) It’ll be similar to my past coverage, but I won’t feel any pressure to keep up with everything each week. My hope is that I’ll end up watching less TV, because I feel like that’s all I did this summer. I want to read more books, watch more films, do more in general.

This entry was posted in Reviews, Television and tagged netflix, simpsons, spaced. Bookmark the permalink.