Cloudy with a Chance of Meatballs 2 (PG)
Starring the voices of Bill Hader, Anna Faris, James Caan
Screen story by Phil Lord & Chris Miller
Screenplay by John Francis Daley, Jonathan M. Goldstein, Erica Rivinoja
Directed by Cody Cameron & Kris Pearn
I was dead set against the original because I thought they were messing with a classic from my childhood. Turns out Lord & Miller have a great eye for visual comedy. Even though they’re just writers on this one, I’m always down with creative animated flicks.

Rush* (R)
Starring Chris Hemsworth, Daniel Brühl, Olivia Wilde
Written by Peter Morgan
Directed by Ron Howard
Though not quite as exhilarating as you may have been led to believe, this is an entertaining film with a very old-school style. Hemsworth and Brühl play racing archrivals James Hunt and Niki Lauda, both of whom nearly lost their lives in the 1976 championship season. This is easily the best performance Hemsworth has ever given, possibly because this is the first time he’s been asked to do more than look tough and pretty at the same time. Brühl should absolutely be nominated for Best Supporting Actor come Oscar time, even though he’s a co-lead.

Baggage Claim (PG-13)
Starring Paula Patton, Taye Diggs, Jill Scott
Written for the screen and directed by David E. Talbert
For the sake of the extremely talented African-American cast, I sincerely hope that this is more than just a generic romantic comedy about a woman who’s “too busy for love.”

Enough Said (PG-13)
Starring Julia Louis-Dreyfus, James Gandolfini, Catherine Keener
Written and directed by Nicole Holofcener
Even if the premise — woman inadvertently starts dating her best friend’s ex and doesn’t tell her — seems more at home with the sitcoms Julia Louis-Dreyfus was on between Seinfeld and Veep, I’m always happy Holofcener keeps writing smart romantic comedies for grown-ups, even if they don’t always stick the landing. Also, it’s surely worth seeing for Gandolfini’s final performance.
PLAYING AT ANGELIKA PLANO and THE MAGNOLIA

Metallica: Through the Never* (R)
Directed by Nimród Antel
Though the interludes with Dane DeHaan as drug-addled roadie feel less like a movie and more like a video game, there’s no denying the excitement the concert footage provides.
PLAYING EXCLUSIVELY AT IMAX theaters in the Metroplex

Also opening:
Both Angelikas: Inequality for All (PG) 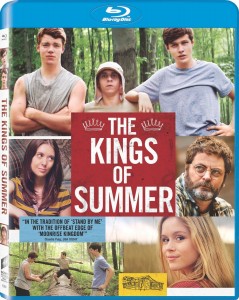 The Kings of Summer* (76%)
Sadly, this movie got buried among the other big indie releases (Mud, Before Midnight, Blue Jasmine). Still, it’s one of the most enjoyable movies you’ll see all year and perfectly captures the potential and freedom summer can provide. This will surely be on my year-end best list.