The Weekender: ‘Winter’ of Our Discontent

Captain America: The Winter Soldier
Aside from the first Iron Man film, Captain America: The First Avenger is my favorite solo Avengers outing. So I’m excited for this conspiratorial sequel, which finds Cap facing off against S.H.I.E.L.D. corruption and a deadly mercenary. Plus, it’s directed by Anthony & Joe Russo. They’re more known for their sitcom outings (Arrested Development, Community), but they have a keen eye for action.

Also, the Dallas International Film Festival begins April 3 with Words and Pictures, starring Clive Owen and Juliette Binoche. It’s produced by Lascaux Films, co-founded by my idol and mentor Gary Cogill. Look for my reviews of films premiering from then until April 13 at College Movie Review. 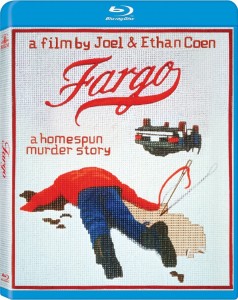 Fargo (Remastered)
Generally, I try to avoid movies already out on Blu-ray for this space, but there aren’t many alternatives and Fargo is one of the greatest movies of all time, mostly thanks to Frances McDormand’s effortless performance. Also, Fox promises remastered video and audio, so it should be an upgrade from their 2009 release. This also coincides with FX’s Fargo miniseries premiering in April.

New to Blu-ray
The Jesus Film