The Weekender: Here Comes the Flood

Noah
Darren Aronofsky is not interested in making a perfectly accurate telling of the Biblical story. Sorry, boycotters. He’s after the untold emotional aspects of being a man who’s hearing directly from God, taking on a monumental task your friends think is foolish, then being one of the world’s last survivors. As a Christian and a film fan, that’s the movie I’d rather see. Of course, this is someone who prefers The Last Temptation of Christ to The Passion of the Christ, so feel free to call me a heretic in the comments. 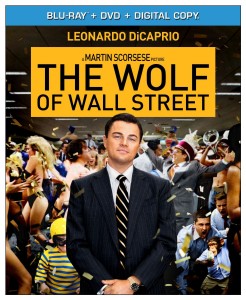 The Wolf of Wall Street (77%)
When the biggest complaint lodged against your movie is that it doesn’t sufficiently wag the finger at the villains in it, it’s clear this is a great film trying to be taken down by viewers who need their hands held. Though Scorsese shows the debauchery on full display, I was hard-pressed to view any scene as an endorsement of Jordan Belfort’s illegal lifestyle. But the film would feel like a catalog of sin were it not for Leonardo DiCaprio’s career-best performance (yes, that’s saying something) as the titular predator from chaser to perverter of the American Dream. And Margot Robbie, last seen in ABC’s little-loved Pan Am series is also terrific as his second wife and I’d argue the superior long-suffering loud-mouthed Long Island housewife of this year’s Best Picture nominees (yes, better than Jennifer Lawrence in American Hustle).

This entry was posted in Film, Previews and tagged noah, sabotage. Bookmark the permalink.