The Weekender: There’s a ‘Sucker’ born every minute 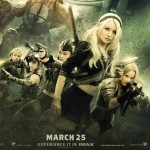 Sucker Punch
Starring Emily Browning, Jena Malone, Carla Gugino
Story by Zach Snyder
Screenplay by Zack Snyder & Steve Shibuya
Directed by Zack Snyder
The slogan warns “you will be unprepared,” but you should be prepared for a loud, obnoxious, effects-heavy revenge fantasy that’s also–wait for it–a musical. The previews have been hiding this from audiences, focusing on its action sequences, which aren’t that spectacular to begin with. I haven’t seen the finish product, but I’m expecting a Southland Tales-level disaster. 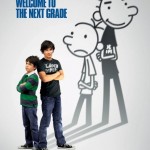 Diary of a Wimpy Kid: Rodrick Rules
Starring Zachary Gordon, Rachael Harris, Steve Zahn
Written for the screen by Gabe Sachs & Jeff Judah
Directed by David Bowers
On the Sequels No One Asked For front, we have this follow-up to last year’s sleeper hit, based on Jeff Kinney’s best-selling series of books about a kid trying to navigate the tumultuous landscape of middle school. 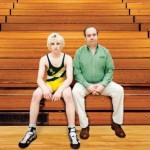 Win Win
Starring Paul Giamatti, Amy Ryan, Bobby Canavale
Story by Tom McCarthy & Joe Tiboni
Screenplay by Tom McCarthy
Directed by Tom McCarthy
Tom McCarthy’s movies have a way of getting to me. Both The Station Agent and The Visitor are melancholy but surprising movies that feel effortless in the way they portray friendships, usually between people who wouldn’t find themselves drawn together under normal circumstances. So I’m expecting nothing less than another moving dramedy from the guy who hit it big two years ago co-writing Up.
PLAYING EXCLUSIVELY AT THE ANGELIKA PLANO

Also opening: Kill the Irishman (Angelika Plano), We Are What We Are (Texas Theatre)