The Weekender: In which we’re all April fools 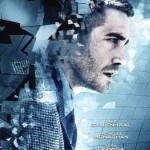 Source Code
Starring Jake Gyllenhaal, Michelle Monaghan, Vera Farmiga
Written by Ben Ripley
Directed by Duncan Jones
No disrespect to Jones, whose Moon is one of the best movies you’ve never seen, but I can’t help but get horrible flashbacks to Vantage Point when I see the trailer. Gyllenhaal is a fighter pilot who ends up in a covert government program in which he quantum leaps into someone’s body for the last eight minutes of his life. His mission: find who planted a bomb on a train. Trouble is he falls for the lady he’s seated next to and he has to keep repeating those last eight minutes until he succeeds. Critics say it still works, but I’m not quite convinced. 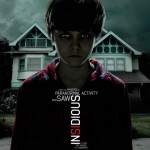 Insidious
Starring Patrick Wilson, Rose Byrne, Ty Simpkins
Written by Leigh Whannell
Directed by James Wan
The team behind the original Saw–which only gets better by default the more sequels they add–brings horror back to its ridiculous, non-scary PG-13 era, the one they imploded with their gorefest in 2004. Here, they essentially rip off Poltergeist and every other evil/possessed kid movie. It’ll probably open at No. 1 this weekend. Meanwhile, only a handful of people have seen Let Me In. There’s no justice in Hollywood. 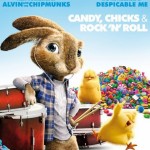 Hop
Starring James Marsden, Kaley Cuoco, the voice of Russell Brand
Written by Cinco Paul & Ken Daurio and Brian Lynch
Directed by Tim Hill
I keep hoping this is some sort of elaborate April Fool’s joke. Surely, Bill Hader, Mel Brooks, Elizabeth Perkins and Gary Cole wouldn’t agree to be in a movie about a rabbit who doesn’t want to inherit his father’s role as the Easter Bunny. Right? I mean, David Hasselhoff and Chelsea Handler I can understand. They have no judgment skills whatsoever. But c’mon. This can’t be a real movie, can it? 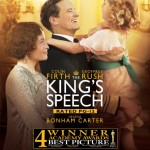 The King’s Speech
Starring Colin Firth, Geoffrey Rush, Helena Bonham Carter
Written by David Seidler
Directed by Tom Hooper
From the money-grubbing folks at the Weinstein Company comes this hack job. Despite racking up four Oscars and making more than $135 million at the box office, the genius Weinsteins have decided to censor a few of the F-bombs in the film (all of which take place in a single scene) under the guise that it’s now “family entertainment.” Give me a break. This is the worst re-release since The Passion Recut, and I hope it does just as poorly.

The Dallas International Film Festival is also going on this weekend. Check out showtimes and events at DallasFilm.org.