Kick-Ass 2* (R)
Starring Aaron Taylor-Johnson, Chloe Grace Moretz, Jim Carrey
Screenplay by Jeff Wadlow
Directed by Jeff Wadlow
It’s just a hair off the nut-punch of the first one, but for my money this is the summer’s best big sequel.

The Butler* (PG-13)
Starring Forest Whitaker, Oprah Winfrey, David Oyelowo
Written for the screen by Danny Strong
Directed by Lee Daniels
Stunt casting and a lack of focus keeps this from greatness, but the three actors listed above keep it in the realm of very good.

Jobs (PG-13)
Starring Ashton Kutcher, Josh Gad, J.K. Simmons
Written by Matt Whitely
Directed by Joshua Michael Stern
No, I would not like to see the most innovative man of the last 30 years played by the lead of The Butterfly Effect.

Paranoia (PG-13)
Starring Liam Hemsworth, Harrison Ford, Gary Oldman
Written for the screen by Jason Hall and Barry L. Levy
Directed by Robert Luketic
Every year, there are bad movies you know aren’t made for you (usually a Twilight or Saw entry) and then there are those movies that genuinely look like the worst things ever. In 2010 it was Remember Me. 2011 brought us Abduction. 2012 had Gone. And now we get to this “cyber-thriller” which will likely waste the talents of Gary Oldman and Harrison Ford for a convoluted plot featuring plenty of shirtless Hemsworth.

Iceberg Slim: Portrait of a Pimp* (R)
Directed by Jorge Hinojosa
Like many documentaries on a single subject, it occasionally gets to reverential to go in-depth, but this is still an entertaining doc about a man whose influence simply cannot be measured on black America. Read my review for College Movie Review here.
PLAYING EXCLUSIVELY AT THE TEXAS THEATRE 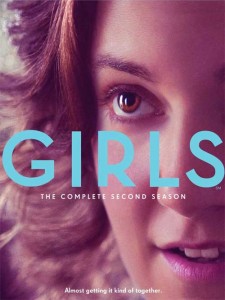 Girls (Season 2)
Though this season had incredibly irritating moments: the self-indulgent love scenes of “One Man’s Trash,” the rom-com ending of the finale, all of “Bad Friend,” the good outweighs the bad. It’s never as good as Season One, but there’s still plenty here that no other show is doing, and that’s reason enough to keep watching.