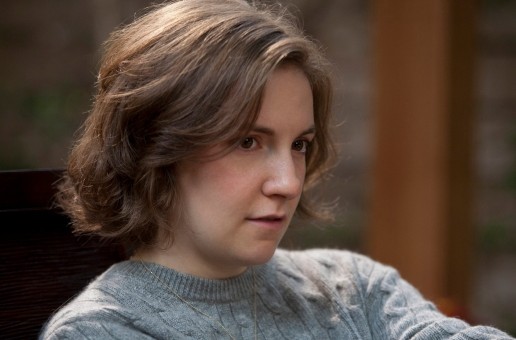 It’s episodes like this that makes me glad HBO exists.

If Girls were on another network, cable or broadcast, it would never have an episode as simple and un-busy as this. Even more so than any past episodes, this is all The Hannah Show, but because it’s so well-written and acted, that’s not a bad thing.

The catalyst for the episode is a brief scene at Grumpy’s (which is such an aptly named coffee shop) where a neighborhood guy named Joshua (guest star Patrick Wilson) complains to Ray that someone is dumping Grumpy’s trash in his trash can. After he gets cussed back out the door, Hannah quits and follows this new man, rather than admit to Ray that she lost her dumpster key.

When she meets up with Joshua, she admits her mistake to him and, of course, they have sex. This is another TV fantasy, because only in pop culture do people hook up so quickly. While this annoyed me because I feel like this show runs deeper than that (yet continually shows its characters to have poor judgment in regards to sex), what followed was some heavy introspection.

Lena spends the next two days with Joshua, eating, playing and screwing, but once she tries to forge a deeper connection, he pushes back. What frustrates Hannah it seems, is not that this turned out to be more surface-level than she thought, but rather that she got to reveal some deep, lingering hurt and he didn’t have to reciprocate. Again, as always, everything revolves around Hannah and what she needs.

Which brings us to the concept of happiness. Hannah claims to have an epiphany, saying she wants to be happy, which she has only realized after this blissful getaway. But what is she defining as happiness? Is it Joshua’s wealth, the lack of responsibility she had the last two days? Is it Joshua himself? Her thoughts remain inscrutable to us, but she appears to leave Joshua’s brownstone with new-found confidence. After this diversion and last week’s killer episode, I’m ready to find out if she gets what she’s after.

Bitch of the week: Ray, for being such a pompous ass to Joshua. But I did love his line to the staring patrons: “Get back to your f***ing panda videos before I turn off the Wi-Fi.”

“What’s a girl like you doing in a place like this?” (for a character who barely makes an appearance): Has to be Ray, since no one else even shows up this episode.