The Weekender: Let’s Get ‘Angry’ 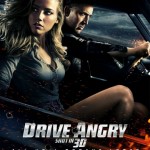 Drive Angry 3-D
Starring Nicolas Cage, Amber Heard, William Fichtner
Written by Todd Farmer & Patrick Lussier
Directed by Patrick Lussier
Why on earth would I recommend a movie about a vigilante who “breaks out of hell” to save his grandbaby? You see, there are bad Nicolas Cage movies and then there are BAD Nicolas Cage movies. That latter category, where things can be fun, is where this latest travesty seems to belong. It’s wearing it’s horribleness on its sleeve, which will hopefully make this the most entertaining movie of 2011 so far. Plus, it was actually shot in 3-D, so it won’t look quite as trashy it wants to be. 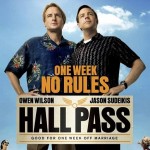 Hall Pass
Starring Jason Sudeikis, Owen Wilson, Richard Jenkins
Written by Pete Jones & Kevin Barnett & Peter Farrelly & Bobby Farrelly
Directed by the Farrelly Brothers
The Farrelly Brothers have a pretty inconsistent track record when it comes to their films. They had a great stride in the ’90s, but haven’t had even a good movie since Shallow Hal. So I’m unsure how this one will play out. Sudeikis–one of SNL’s best current cast–and Wilson play two married guys whose wives give them a week off from marriage to do anything they want. It could be a raunchy romp, especially with a cameo from Jenkins, but I’m betting on something just this side of disaster. 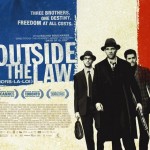 Outside the Law
Starring Jamel Debbouze, Roschdy Zem, Sami Bouajila
Written and directed by Rachid Bouchareb
An Oscar nominee for Best Foreign Language Film, this Algerian crime epic follows three brothers who deal out their own brand of justice during the upheaval as WWII begins. But I’m probably making this film sound more exciting than critics have said.
PLAYING EXCLUSIVELY AT THE ANGELIKA DALLAS 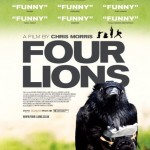 Four Lions
Starring Kayvan Novak, Nigel Lindsay, Riz Ahmed
Written by Jesse Armstrong, Sam Bain, Simon Blackwell, Chris Morris
Directed by Chris Morris
Now here’s a movie I’ve been waiting for since I first saw the trailer what seemed like a year ago. A comedy about jihadists is tricky territory, but Morris has the BAFTA awards to prove he’s got the chops to pull it off.
PLAYING EXCLUSIVELY AT THE TEXAS THEATRE

One Response to The Weekender: Let’s Get ‘Angry’