This was definitely something I should have gotten started on a long time ago. Now, being the procrastinator I am, I have to rush to finish this post and its companion piece: a re-do of the 2005 Oscars.

These two years are the perfect to start this annual series on because, frankly, they were the two weakest years for cinema since I’ve been alive–or at least since I started to seriously pay attention to film.

So here we go. I’ll break down each category, talk about who won, who should have won and who didn’t even get nominated, despite strong work. Winners in bold, natch. 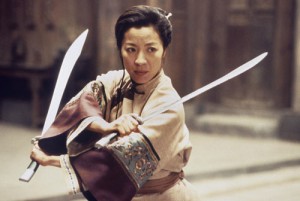 Should have won: Crouching Tiger, Hidden Dragon
I don’t know if there was a weaker year for film in the past ten. Gladiator, a loud return to the sword-and-sandal picture, is an extremely overrated but satisfactory epic. Still, it’s pretty bleak and disarmingly all over the place. It wants to be some sort of inspirational, gritty Man Movie but also play out scenes of how creepy Roman politicians were (hey, look! Incest!). Yet on a technical level, Gladiator is a marvel. The art direction, cinematography and costume design are first rate, all of which it was nominated for. But for pure exhilaration, the magic belongs to Crouching Tiger, Hidden Dragon. It’s a movie that ushered in a new wave of foreign language appreciation and legitimized a genre (the martial arts movie) that had been trapped in the B-movie ghetto for decades. With a year full of depressing dramas, it took a Taiwanese epic to show American audiences how you do big entertainment.

Not even nominated: Almost Famous
The best movie that year, hands down. And no Best Picture nod, when trifles like Erin Brockovich and Chocolat get nominated. Shameful. 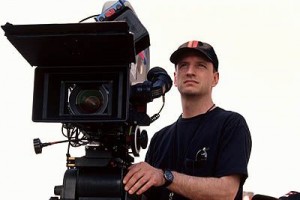 Should have won: No argument here.
Lee won the Directors Guild award but it’s hard to argue with Soderbergh, who became the only other director aside from friggin’ Michael Curtiz to score two directing nominations in the same year. Soderbergh’s win was for a movie that was a real labor of love, but that should take nothing away from Lee, who never makes the same film twice. Yet neither does Soderbergh. His win here let him do whatever he wanted, and that meant a killer remake of Ocean’s 11, which made a bundle and let him finance dozens of experimental films. Ultimately, his win meant more for him than it would have for Lee–who still won five years later.

Not even nominated: Tarsem, The Cell
He’s only got two features under his belt, but he’s one of the most visually inventive directors to ever make a film. 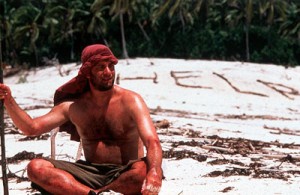 Should have won: Hanks
It’s not even a contest. Hanks out-did himself here and would have won a record third Best Actor trophy. Plus, Crowe’s win set himself up for failure the next year, when he truly deserved it.

Not even nominated: Christian Bale, American Psycho
One of the boldest, most unflinching portrayals in the history of film by one of the most fearless actors ever and he doesn’t even get a nomination until 10 years later. Amazing. 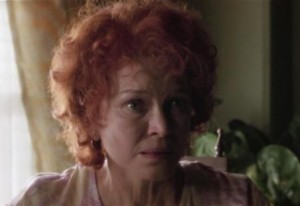 Should have won: Burstyn
Sure, it was time to crown the No. 1 actress of the past decade with a Golden Boy. And it fortunately gave us a reprieve from Roberts’ acting for most of the ’00s. But Burstyn’s performance is nothing short of phenomenal. She never overacts, but draws us into her psychosis, making us as terrified of her own empty apartment as she is.

Not even nominated: Gwyneth Paltrow, Bounce
The underrated Bounce, one of the few movies to get a good performance out of Ben Affleck, featured heartbreaking work from Oscar winner Paltrow as a grieving widow unsure of how to move on after her husband’s death. As it was a weak year, few lead actresses got standout roles. 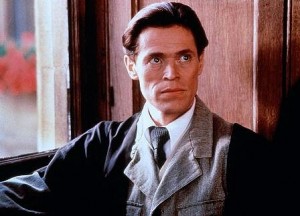 Should have won: Dafoe
Sure, del Toro is a great actor and I have nothing against his performance as a straight arrow amongst corrupt cops and DEA agents. But Dafoe was much more colorful as a bloodthirsty variation on Max Schreck. And I’d much rather live in a world where Dafoe has an Oscar but del Toro doesn’t, instead of the other way around.

Not even nominated: Gary Oldman, The Contender 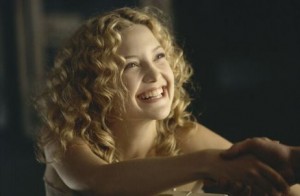 Should have won: Hudson
Or Frances McDormand. Both gave key performances in the year’s best film. But perhaps if Kate Hudson had won for her breakthrough role, she would have chosen a different path. She might have continued to make quality films instead of the indistinguishable romantic comedies she currently stars in on a regular basis.

Not even nominated: Jennifer Connelly, Requiem for a Dream
Sure, she won a much-deserved Oscar the following year (even though it was in the wrong category) but her work as the drug addict who turns to prostitution goes beyond any Hollywood clichés. Her Marion has no heart of gold, only emptiness. 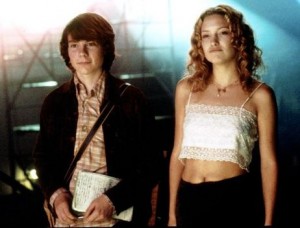 Should have won: No complaints here. This was one award they got right.

Not even nominated: David Mamet, State and Main
To me, Mamet’s best work is this inside Hollywood script about a troubled production. Much of the laughs belong to the cast’s impeccable timing, but it all starts with Mamet’s peerless wit. 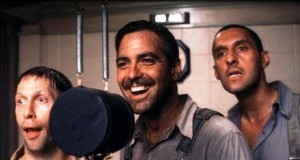 Should have won: the Coens
While Gaghan did have a challenge in adapting the British miniseries into a two-and-a-half-hour American film, its narrative structure–which helped popularized the “hyperlink” film, as Roger Ebert calls it–is more impressive than its dialogue. The Coens, however, took an ancient Greek poem and turned it into a Southern Gothic comedy masterpiece.

Not even nominated: D.V. DiVincentis & Steve Pink & John Cusack and Scott Rosenberg, High Fidelity
The sharpest script of the last decade didn’t get so much as a thank you. The writing team did more than just move the setting from London to Chicago; they took the whole of nerdy male American experience and crafted a film that perfectly captured what it’s like to be a music snob with a love life in the crapper.

This entry was posted in Film, Oscars, Reviews. Bookmark the permalink.