The Weekender: Imitation of Life 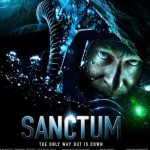 Sanctum
Starring Rhys Wakefield, Ioan Gruffudd, Richard Roxburgh
Written by John Garvin and Andrew Wight
Directed by Alister Grierson
Spooky cave? Check. Bad actors? Check. Schlocky 3-D? You better believe it. Yet for some reason über-producer James Cameron has attached his name to this, perhaps because he got his start on a bad horror movie (Piranha II) and seems some potential in the Aussie newcomer. 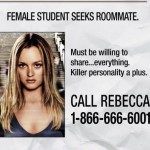 The Roommate
Starring Leighton Meester, Minka Kelly, Alyson Michalka
Written by Sonny Mallhi
Directed by Christian E. Christiansen
Single White Female seeks rip-off. I mean roommate. The best you can hope for with this movie is that it’s fun-bad, instead of bad-bad. But hey, the director is an Oscar nominee, so there’s that. 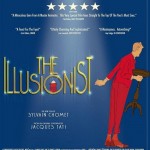 The Illusionist
Starring the voices of Jean-Claude Donda, Eilidh Rankin, Duncan MacNeil
Written for the screen and directed by Sylvain Chomet
Few directors have ever made films good enough to challenge the Disney/Pixar machine. Sylvain Chomet is part of that elite group that includes Hayao Miyazaki, Nick Park and Marjane Satrapi. Chomet’s loving follow-up to the wildly inventive Triplets of Belleville takes an Jacques Tati’s story about a lonely, failed magician and updates to a tale of true friendship between the aging entertainer and young girl who believes in his magic (and makes it non-creepy). I’m a believer.
PLAYING EXCLUSIVELY AT THE DALLAS AND PLANO ANGELIKAS 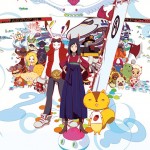 Summer Wars
Starring the voices of Maeghan Albach, Chris Ayres, Greg Ayres
Written by Satoko Okudera
Directed by Mamoru Hosoda
Anyone who knows me, knows I’m ambivalent at best toward animé. I’m sure there’s plenty of good stuff out there (indeed, I did enjoy the series Outlaw Star and I know the genius of Hayao Miyazaki), but there’s just too much crap to wallow through to find those gems. So color me surprised when I saw this trailer and got hooked right away. Basically, a young, lovelorn programmer/security analyst agrees to go on vacation with his friend, leaving Japan’s virtual infrastructure vulnerable to attack. Is finding love worth the whole world ending? Maybe.
PLAYING EXCLUSIVELY AT THE ANGELIKA DALLAS