The Weekender: The Great Pretenders 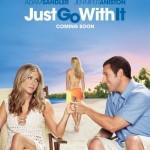 Just Go with It
Starring Adam Sandler, Jennifer Aniston, Brooklyn Decker
Written for the screen by Allan Loeb and Timothy Dowling
Directed by Dennis Dugan
Adam Sandler likes to date younger women by pretending he’s married. But then he lands his dreamgirl, who finds a wedding ring in his pocket. So he makes up a story about how he’s going through a divorce. Of course little white lies never stay that way so he makes a bigger and bigger lie that his ex is his girl Friday (Aniston), and if you don’t know where this story’s headed, you’ve never seen an Adam Sandler or a Jennifer Aniston movie. Apparently this is based on the Oscar-winning Cactus Flower, at least enough to warrant a screenplay mention. But when chump Dennis Dugan (Grown Ups) is at the helm, can you expect anything like that? 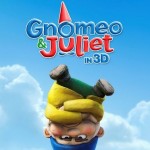 Gnomeo and Juliet
Starring the voices of James McAvoy, Emily Blunt, Michael Caine
Written for the screen by Kelly Asbury, Mark Burton, Kevin Cecil, Emily Cook, Kathy Greenberg, Andy Riley, Steve Hamilton Shaw
Directed by Kelly Asbury
Did it exhaust you to read that many names in the writers’ credit box? Because it hurt to write that many. What am I supposed to say about a 3-D animated movie about garden gnomes in love? At least Elton John wrote some songs for it, but that’s a case for downloading the soundtrack, not shelling out $12 to see this. 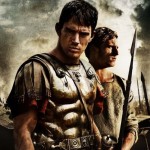 The Eagle
Starring Channing Tatum, Jamie Bell, Donald Sutherland
Written for the screen by Jeremy Brock
Directed by Kevin MacDonald
At first I thought this was Tarsem’s foray into the sword-and-sandal epic, but that movie’s called Immortals and comes out in November. This comes from Kevin MacDonald (The Last King of Scotland), who’s no slouch either. Channing Tatum starring is a definite detractor for me, but on the strength of its supporting cast and visual flair, this could be on par with Gladiator. 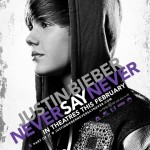 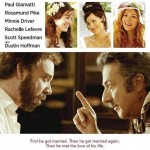 Barney’s Version
Starring Paul Giamatti, Rosamund Pike, Dustin Hoffman
Written for the screen by Michael Konyves
Directed by Richard J. Lewis
Of all the movies that got nominated for an Oscar but probably should have done better, this is the one I’m most excited for. Adapted from the book by Mordechai Richler (which is a name so Jew-y you have to love it), we get the story of Barney, a thrice-married schmuck who ruined a lot of people’s lives but also loved those people richer and more deeply than they probably did. And wow. What a cast. I’m expecting a touching drama with lots of humor.
PLAYING EXCLUSIVELY AT THE PLANO and DALLAS ANGELIKAS 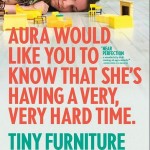 Tiny Furniture
Starring Lena Dunham, Laurie Simmons, Grace Dunham
Written and directed by Lena Dunham
This festival favorite got a lot of points for its sharp dialogue and Dunham casting her sister and mom as her sister and mom. But it’s going to have to do a lot more than that to be memorable, since it treads a lot of familiar ground: post-college coming-of-age story among artsy types in New York. Been there, done that.
PLAYING EXCLUSIVELY AT THE ANGELIKA DALLAS

Oscar Nominated Short Films
This year’s crop of animated and live action shorts get the marathon treatment at the Magnolia, where you can watch the five nominees in each category in one block.
PLAYING EXCLUSIVELY AT THE MAGNOLIA