The Weekender: ‘Another’ one of these *sigh*

Really, all you need to worry about is the Oscar nominees that will now be playing everywhere, including Black Swan, 127 Hours and The King’s Speech. All are worth your time and money. Starting this week, I’ll also be linking you the film’s trailer. Just click on the title. Now, on to the new releases… 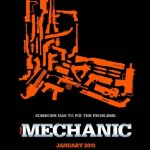 The Mechanic
Starring Jason Statham, Ben Foster, Donald Sutherland
Written by Richard Wenk and Lewis John Carlino
Directed by Simon West
This is a late January entry by schlock auteur Simon West (Con Air), so why am I even remotely excited? Well, for starters Statham is the Charles Bronson of our generation. And wouldn’t ya know it, this is a remake of a Bronson revenge picture from the ’70s! Plus, it co-stars the vastly underrated Ben Foster (3:10 to Yuma), whose small frame and dweebish looks mask the heart of a killer (at least in his more recent films). I’m not saying go out and spend your hard-earned 10 bucks (especially if you haven’t seen all 10 Best Picture nominees), but this should make for a serviceable Redbox rental in three months. 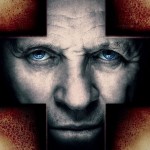 The Rite
Starring Anthony Hopkins, Colin O’Donoghue, Ciarán Hinds
Written for the screen by Michael Petroni
Directed by Mikael Håfström
Hey, remember how awesome The Exorcist was? Well, what if we took out the family dynamics, added some hammy acting, removed all the tension but added some spooky sound effects and cinematography? Oh, and instead of all those demonic lines, what if we cut all the really bad words so we could get a PG-13? Does that sound good? Oh, you’re saying we already did that with Exorcist: The Beginning. Oops. 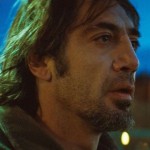 Biutiful
Starring Javier Bardem, Maricel Álvarez, Hanaa Bouchaib
Written and directed by Alejandro González Iñárritu
I’m both excited and terrified of seeing Biutiful. On the one hand, I can’t wait to see another rich performance from Javier Bardem (if you’ve never seen Mondays in the Sun, it’s on Netflix right now). And that trailer is perfection. But I’m terrified to find out which party was responsible for the bloated mess of Babel. My heart wants to say it’s introspective Dentonite Guillermo Arriaga, whose reviled Burning Plain turned up my favorite review of 2009 (courtesy of The New York Times’ A.O. Scott). But it could just as easily be Iñárritu, who started out so strong but just became too consumed with putting all his ideas into one film.
PLAYING EXCLUSIVELY AT THE ANGELIKA DALLAS 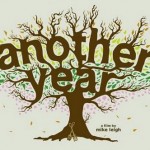 Another Year
Starring Jim Broadbent, Lesley Manville, Ruth Sheen
Written and directed by Mike Leigh
There’s hardly any middle ground with Leigh. You either love his talky British dramedies and relish each savory dialogue exchange or you can’t wait for it to be over so you don’t have to hear his one-dimensional characters’ whining anymore. The film did manage to pick up an Oscar nod for its screenplay, so that’s something.
PLAYING EXCLUSIVELY AT THE MAGNOLIA AND ANGELIKA PLANO