A Million Ways to Die in the West
Let’s just forget about Blazing Saddles for a moment. After Ted was a pleasant surprise in 2012, I’ll give Seth MacFarlane another shot. It’s probably hilarious and disjointed, which is what I expect from him at this point. Then again, I thought Movie 43 was funny, so what do I know? 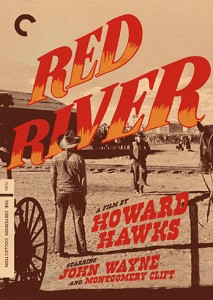 Red River [The Criterion Collection]
All the best Westerns have John Wayne in them. This is an undisputable fact. But picking the best John Wayne Western could be a little tough. This is certainly on the Mount Rushmore, alongside The Searchers, Rio Bravo and Stagecoach. As usual, this Criterion release is a knockout.

This entry was posted in Film, Previews and tagged ida, maleficent, million ways to die in the west. Bookmark the permalink.