The Weekender: Crap in three dimensions

A note: This is the first time I can remember when all three major releases were all remakes or sequels and were all in 3-D. Yikes. Maybe it’s best to stay home this weekend, or at least flee to the art house. 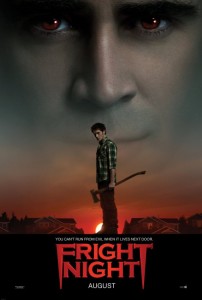 Fright Night
Starring Colin Farrell, Anton Yelchin, David Tennant
Story by Tom Holland (based on his original screenplay)
Screenplay by Marti Noxon
Directed by Craig Gillespie
Yet another remake of a popular ’80s property inches us closer to the horrible, inevitable Back to the Future re-launch. Yikes. You can put a stop to that by not going to movies like this, The Smurfs, Transformers and G.I. Joe. This film doesn’t even try to B.S. its audience with words like “re-imagining,” instead simply updating the original’s schlocky story. Yelchin recruits a supernatural expert (Tennant) to help him battle a neighbor (Farrell) he suspects is a vampire. The original, starring Roddy McDowell, is playing all weekend at the Texas Theatre. 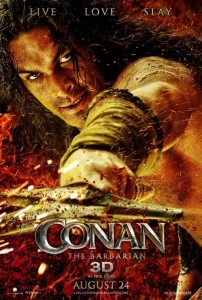 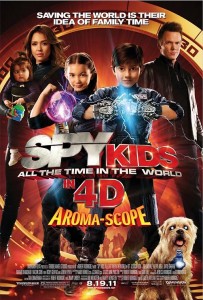 Spy Kids: All the Time in the World
Starring Jessica Alba, Joel McHale, Jeremy Piven
Written and directed by Robert Rodriguez
I thought we were done with this franchise about two movies ago, but Rodriguez is like a movie hoarder, holding on to anything and everything (except his marriage, but let’s not go there!). This installment follows a new family of spies, including a dog voiced by Ricky Gervais. Yes, you read that correctly. They have to stop the Timekeeper (Piven) from destroying the world or some such plan that will inevitably be stalled by the dog biting him in the crotch and saying something cheeky. The film is also presented in select theaters in “4-D” or “AromaScope,” which will give moviegoers a scratch-and-sniff card. Are there toys at Burger King, too? I’m not sure this movie has enough gimmicks going for it. 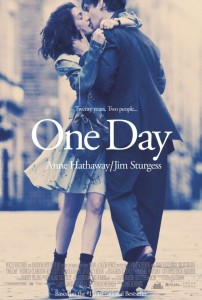 One Day
Starring Anne Hathaway, Jim Sturgess, Patricia Clarkson
Written for the screen by David Nicholls
Directed by Lone Scherfig
Following up the critically adored—but adequate at best—An Education will be a tough task, but Scherfig is a nimble director and will likely bypass the trappings of traditional film romances. Helping her are Hathaway (who has already proven herself a great actress) and Sturgess (an underrated leading man). The film follows the ups and downs of the pair’s relationship by checking in with them periodically on the anniversary of their graduation. 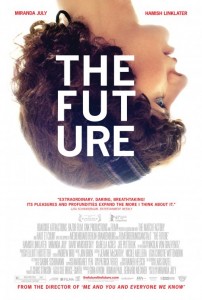 The Future
Starring Miranda July, Hamish Linklater, David Warshofsky
Written and directed by Miranda July
Like Miranda July’s first feature—Me and You and Everyone We Know—The Future is impossible to sum up. It’s more about the quiet, funny exchanges between characters than a grand story arc. But it’s that dialogue and commitment to the esoteric that’s kept July an indie darling for years. Here, she and her on-screen boyfriend (Linklater) adopt a stray cat that can also talk and travel through time, which is bound to cause some problems.
PLAYING EXCLUSIVELY AT THE MAGNOLIA