The Best Simpsons Episodes… Ever! – The Longlists

This weekend marks the 500th episode of the Simpsons. It’s a mammoth achievement, and to celebrate, I’ll be publishing my list of the series’ 10 best episodes (and the all-time worst). But while I’m deciding, have a gander at the longlist. These are what I’ve narrowed down to being my 50 favorite episodes of the series. There are plenty more that I also love dearly, but these were the standouts to me. I’ve also got the five episodes I’ve singled out as the show’s low points. 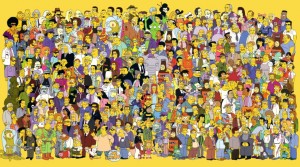 This entry was posted in Best Of, Previews, Television. Bookmark the permalink.