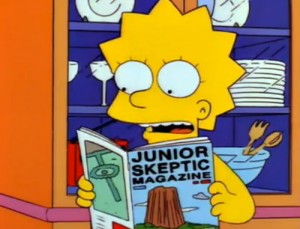 “Lisa the Skeptic” (B+)
Another shining episode for Lisa and Springfield’s mob mentality. There’s a recurring theme of loneliness that adds some melancholy to this otherwise hilarious episode. Its Lisa’s discovery of an unidentified skeleton that sends the town on an anti-science crusade, but it’s Ralph’s “discovery” of his missing trowel blade that still makes me howl with laughter every time. (“Principle Skipper! Prinnipal Skimster!”) 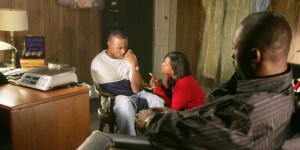 “Slapstick” (B+)
This episode is all about impulsiveness getting the better of people. Prez accidentally shoots an undercover cop. Avon’s thugs violate the Sunday truce. Carver moves a body outside Amsterdam. All have powerful consequences for men who thought they were doing the right thing. At least McNulty is getting something resembling a win for once, thanks to his NSA relationship with Theresa. But it’s the incredible scene between Avon, Stringer and D’s mom that brings it all home. She knows they’re lying. They know they’re lying. But the lie, no matter how weak, is easier to believe than the truth.