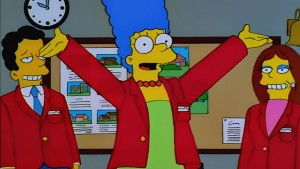 “Realty Bites” (B)
Going through each season, it’s easy to see where the cracks form and the show found itself mired in repeating itself. Any Marge-centric episode is a great opportunity for the original, more melancholy version of the show to peak through. And sure enough, Marge trying and failing at a new career brings the goods. But we’ve already seen this play out in “The Springfield Connection” and “The Twisted World of Marge Simpson.” But Lionel Hutz and Ned screaming about purple drapes save this from being a complete retread. 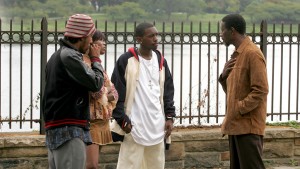 “Reformation” (A-)
Nearly everything gets blown up in this episode, with Hamsterdam exposed, the revelation of Rawls’ sexual orientation and Brother Mouzone’s capture of Omar’s boyfriend. As we near the endgame – season 3 was originally supposed to be it – the threads are coming together, and I’m starting to appreciate Season 3 on the whole a lot more.