Read up on what this is all about here. 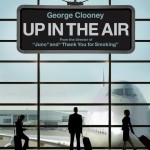 1. Up in the Air
In my lifetime, I’ve never seen a movie that so perfectly captures the feeling of a time and place as Jason Reitman’s third feature got the uncertainty of America during the Great Recession. That’s power. 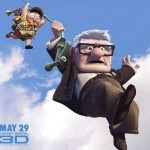 2. Up
So I’ll concede that most of the charges leveled against Pixar’s masterpiece carry some weight: it’s too ridiculous, especially considering how serious it starts out. Flying dogs in the same movie as a widower fighting to keep his house? Are you kidding me?! But still, it’s those quiet moments that stick with me: Russell’s confession about his difficult home life, Carl’s glance through the Memory Book that Ellie left him. I’ll still defend it, just not as much. 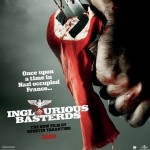 3. Inglourious Basterds
When I think back on my different viewing experiences with this movie–six in all in 2009/early 2010, if memory serves–it’s amazing how most everyone liked it across the board. This was a movie not designed for those not used to Tarantino’s time-shifting style, nor was it for people who aren’t serious film geeks. Yet, basically every person I watched it with liked it, if not completely blown away by it. That’s a talent I hope Tarantino continues to exploit. 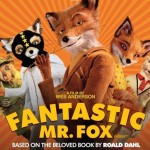 4. Fantastic Mr. Fox
In any other year, this would be the top animated film. But Pixar’s stranglehold on brilliant filmmaking loosened thanks to Wes Anderson and, uh, Noah Baumbach. Their adaptation of Roald Dahl’s caper is a fun heist movie on the surface, but it’s also part of a growing subgenre of film that likely doesn’t exist but is one of my favorites: the unfulfilled working man. Much like the protagonists of Raising Arizona or The Incredibles, Mr. Fox (George Clooney at his most effortless) is so dissatisfied with his nine-to-five lifestyle he had to take up for the sake of his family, he hungers for the dangerous but exciting nights of his youth. 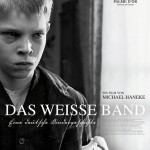 5. The White Ribbon
A film that’s at once dark and gorgeous, Michael Haneke’s period piece is a contemplative work about societies ruled by oppression and fear, and how those societies can breed terrorism. Shot in black-and-white adds to the eerieness of the proceedings, but it manages to say more with a few close-ups than most films say in their entire run times. 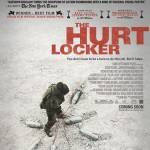 6. The Hurt Locker
Hardly the year’s best picture, but not exactly one I can complain about too much. Truth be told, it achieves many rare feats: it’s apolitical (as much as a war movie can be), it’s character-driven and it’s tense throughout. Jeremy Renner gives a star-making turn as the adrenaline-addicted bomb diffuser, but it all gets a little monotonous after a while. But it’s the film’s final minutes, where we see the quick-thinking Renner paralyzed in a grocery store, unable to pick out a package of frozen vegetables, that stick with me and keep the film so high on this list. 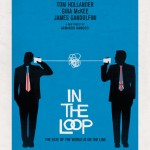 7. In the Loop
Is satire allowed to be this howlingly funny? Armando Iannucci’s adaptation of the British comedy The Thick of It has more un-quotable quotes than any gangster movie, and a volatile streak that seeks to lay waste to all government buffoonery–-no matter where it comes from. Take a look at this totally NSFW video of Simon Blackwell’s rants to get a hint of what I’m talking about: 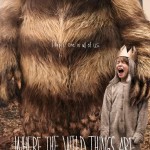 8. Where the Wild Things Are
I need to re-watch it soon, because my memory of it is fuzzy at best. But the pieces I can pick out are still wonderful, particularly the world Max inhabits. It’s both exciting and scary, the way any 10-year-old would see the world. Plus, the incomparable Catherine Keener can elevate a movie no matter how short her time onscreen. What a talent. Get with it, Academy. 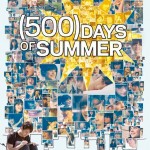 9. 500 Days of Summer
Romantic comedies are always going to go down a peg, no matter how much they defy convention. Joseph Gordon-Levitt and Zooey Deschanel are already hipster golden children, and the fact that they were the antithesis of some Ashton Kutcher-Cameron Diaz piece of garbage helped everyone involved–including the audience that normally goes for those typical rom-coms–but while this will stand the test of time in that upper echelon of that subgenre, it still hangs toward the bottom of this list. It’s not you; it’s me. 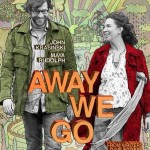 10. Away We Go
Simply a wonderful movie from start to finish. Few if any movies tackle modern parents, unless they’re extremely dysfunctional. Not so here. This couple certainly has its flaws, but compared to the freakshows they encounter, they might as well be Cliff and Claire Huxtable. They go on a voyage that’s touching without being cloying, and emotional without being sappy.

New Honorable Mentions: Bronson, The Damned United, Extract, The Princess and the Frog, A Single Man