Before I get into my lists and discussions of the year’s best in film, music and television, let’s take a look back at what I thought was so great this time last year. But things change, and some films I was so crazy about didn’t make the cut in light of some re-evaluation and releases I didn’t see or hear in time for my year-end list. Here goes: 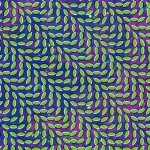 1. Animal Collective – Merriweather Post Pavilion
A year later and after dozens of spins, it still sounds familiar AND groundbreaking. That’s why it remains No. 1 and why it deserves to be among the greatest albums of all time. 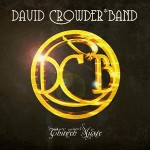 2. David Crowder*Band – Church Music
Simply put, there won’t be another Christian album that will push this many sonic boundaries. Crowder’s meticulously engineered masterpiece is deeply moving and uncommonly forward thinking. But at the end of the day, Church Music simply sounds better than almost any album, religious or secular. 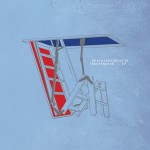 3. Death Cab for Cutie – The Open Door
There’s simply no stopping Ben Gibbard. Even half an album from his Seattle band is better than most group’s entire output. This marks Death Cab’s fifth consecutive piece of greatness–only Kanye West can match that at the moment–and some of these tunes are the best things Gibbard has ever written, particularly “A Diamond and a Tether” and “I was Once a Loyal Lover.” 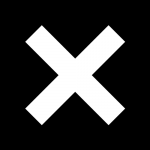 4. The xx – xx
This British trio won the Mercury Prize and for good reason. This is a startlingly good debut from a band that’s going to have a lot to live up to on its sophomore effort. 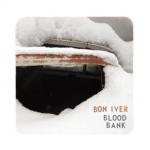 5. Bon Iver – Blood Bank
Here’s something that’s rare: a follow-up EP that trumps the original album. The four tracks on this release are even more harrowing than those on For Emma, Forever Ago and that’s saying something. 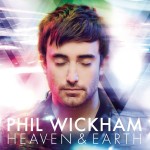 6. Phil Wickham – Heaven & Earth
After listening to Cannons, it’s clear that Wickham will never top that. Which is kind of daunting, given that he’s only 26. Still, I stand by my earlier declaration that this was 2009’s best pop album. It’s just not as good as Wickham is capable of. 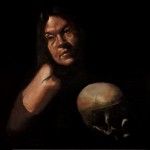 7. The Avett Brothers – I and Love and You
What Rick Rubin did with this band was truly extraordinary: taken their folky charm and getting them to further explore their melancholy side. The result is an album that has all the makings of a great country album, but sounds, y’know, terrific. 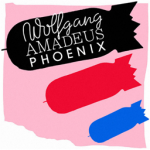 8. Phoenix – Wolfgang Amadeus Phoenix
A step up in every way possible. Not just cool for commercials or in-store play at Urban Outfitters (though they’re still that), this is a record that just works on almost every conceivable level. If there was a more infectious alternative hit than “1901,” I haven’t found one (unless you’re talking about “Lisztomania”). 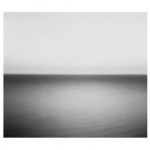 9. U2 – No Line on the Horizon
Do I love U2 even more than I did a year ago? Yes, if such a thing is even possible. But I don’t love their latest album more than I did in 2009. Ultimately, it’s very good and on par with U2’s other releases this decade. It’s just not in that classic area yet, where Achtung Baby and The Unforgettable Fire dwell but most fear to tread. 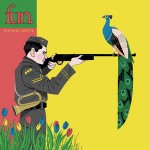 10. fun. – Aim and Ignite (Nettwerk)
Was I right in my assertion that fun. would be Wings to the Format’s Beatles? Yes and no. Your love for this band depends on your love for unabashedly giddy, clever power pop of which Wings were certainly pioneers. The highlight of this set–and what lifted it from my “Honorable Mentions” list–is the glorious track “Light a Roman Candle with Me,” which has been the theme song to many an unrequited relationship.