The Weekender: Déjà vu all over again 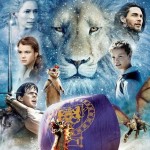 The Chronicles of Narnia: The Voyage of the Dawn Treader
Starring Ben Barnes, Tilda Swinton, Liam Neeson
Written for the screen by Christopher Markus & Stephen McFeely and Michael Petroni
Directed by Michael Apted
Here we go again. As someone who was not impressed with the first outing of Disney-fied version of C.S. Lewis’ classic, let’s just say I’m even less excited for the Fox-produced third helping. Here’s a series so focused on profits, it makes every effort to water down the blatantly Christian fantasy until it’s made palatable for the Happy Meal-eating public. Sorry, Clive. You deserve better. 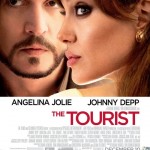 The Tourist
Starring Johnny Depp, Angelina Jolie, Paul Bettany
Written for the screen by Florian Henckel von Donnersmarck and Christopher McQuarrie and Julian Fellowes
Directed by Florian Henckel von Donnersmarck
On paper, I should be pumped for this North by Northwest-esque Euro-thriller. In reality, I’ve grown from tolerance to full-blown ambivalence to Angelina Jolie and been underwhelmed with Johnny Depp post-Sweeney Todd. There’s supposedly some element of romance, but you wouldn’t know that from the marketing, which wants you to buy it as a sort of “wrong man” Bourne Identity. If I’m supposed to be getting hints of Charade, I can’t see them. Besides, I’ve already seen The Truth About Charlie and enjoyed immensely. 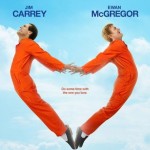 I Love You, Phillip Morris
Starring Jim Carrey, Ewan McGregor, Leslie Mann
Written for the screen and directed by John Requa & Glenn Ficarra
I love movies about con-men and prison breaks. Romantic comedies, not so much. But blending the two in a raunchy true-life story from the gleeful sickos behind Bad Santa? I’m there. Carrey plays Steven Russell, a family man and deacon who leaves his suburban home for his true calling: the fabulous life of a gay man. Trouble is, that’s an expensive lifestyle and Steven turns to fraud to pay for his opulence. In prison, he meets the love of his life (McGregor) and spends the rest of the movie trying to be with him, even if that means breaking out of prison.
PLAYING EXCLUSIVELY AT THE DALLAS and PLANO ANGELIKAS 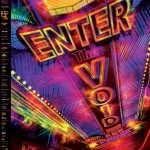 Enter the Void
Starring Nathaniel Brown, Paz de la Huerta, Cyril Roy
Written by Lucile Hadzihalilovic & Gaspar Noé
Directed by Gaspar Noé
Noé is more provocateur than filmmaker. But unlike, say, Lars von Trier, I enjoy his visual style far more. (I also don’t think he comes off as a jerk like von Trier, but I digress.) That’s why I’m still excited to see his latest, set in a drug-soaked, neon-bright Tokyo, as the ghost of a man (Brown) follows his sister (de la Huerta) to try to protect her, just like he promised when they were kids.
PLAYING EXCLUSIVELY AT THE TEXAS THEATRE