As I have the last five years, I’ll look at the Oscars from a decade ago and see if the Academy really got it right. Usually not. But this year, for a change, they mostly did. Winners are in bold. 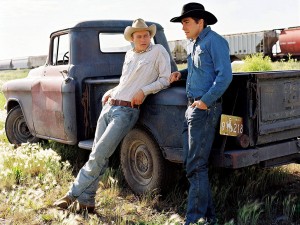 Should have won: Brokeback Mountain
Not even nominated: Pride & Prejudice

In the decade since Crash won Best Picture, there have been thousands upon thousands of thinkpieces and digs about how “the wrong movie won.” The revisionist narrative is that white voters felt a prick in their conscience about racism and gave it to a lightweight film that made them feel bad about their prejudices at the expense of a truly revolutionary picture. Bullshit. People forget that Crash won Best Cast at the Screen Actors Guild Awards, Best First Feature at the Independent Spirit Awards and Best Original Screenplay from the Writers Guild of America. At the time the nominations were announced, it was the highest-grossing film of the nominees. Crash does feature plenty of hallmarks of other Best Picture winners: a large ensemble cast, many powerful scenes and a message that reverberates after viewers leave the theater. Crash had all of that. But having rewatched it, I see some of the complaints. There are several frankly embarrassing moments that stick out like a sore thumb compared to the majority of the movie, which is often incredible. Thandie Newton screaming “NOT YOU! ANYONE BUT YOU!” and anytime Sandra Bullock’s character opens her mouth undercut the many scenes that give me a lump in my throat or move me to tears.

Brokeback Mountain on the other hand, does not have anything to be embarrassed about. It is melodramatic, and it does have several stretches, especially in its first act, that border on the sleepy. But Brokeback‘s likely narrow defeat partially has to do with being a victim of its own hype. Its reduction as “the gay cowboy movie” is as foolish as Crash‘s reduction to “the racism is bad movie.” Brokeback Mountain is a love story, of course, but it’s filled with so much regret that many scenes are often unbearable. Heath Ledger’s Ennis Del Mar is so emotionally closed off that when he has a true romantic connection, he doesn’t even know how to handle it. Every time he and Jack reconnect over the years, he can’t help but feel sorrow that he and Jack never ran away together, despite the risks, but also that he consistently bails on his responsibilities as a husband and father. His regret over what he does and doesn’t do eat him alive. And it’s not just him either. The heartbreak for all four main characters is palpable. Neither Crash nor Brokeback Mountain declared themselves Important. That was thrust upon them by both disciples and detractors. Now as a straight white male, I cannot fully relate to either film. I can only connect with them as a fellow human in an often ugly world. Both films are heartbreaking portraits of a world that refuses to see everyone else the same. Brokeback Mountain is the superior film, but Crash winning was no travesty.

But the Academy left out an essential film in their final five. While Pride & Prejudice might seem like merely a fine adaptation of Jane Austen’s classic, upon seeing it close to 100 times (it’s my wife’s favorite movie, and she often watches parts of it before she goes to sleep), I can safely say it’s one of the few times an adaptation matches its source material. Joe Wright’s feature debut captures all the humor and heartache of Austen’s text and infuses it with brilliant flourishes that complement the story. To borrow a cheesy line, it “bewitched me, body and soul.” 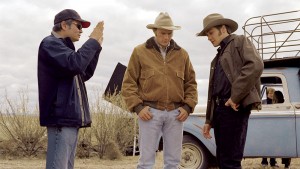 Should have won: No complaints here
Not even nominated: Robert Rodriguez & Frank Miller, Sin City

Ang Lee became one of the few directors to win the Directors Guild of America Award in 2000, then go on to lose at the Oscars. But the Academy made it right here. So many scenes are filled with both breathtaking intimacy and bone-deep hurt. He only goes big when necessary and proves himself one of the most versatile directors of the modern era. But sure, it would have been nice for the supremely stylish Robert Rodriguez and Frank Miller to be noticed, as opposed to the drab, hermetically sealed stylings of Bennett Miller. 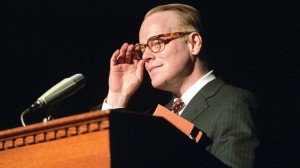 Should have won: No complaints here
Not even nominated: Joseph Gordon-Levitt, Mysterious Skin

Philip Seymour Hoffman was America’s greatest living actor until he tragically left us in 2014. And while he nails Capote’s dialect and gestures and mask of humor, this probably wouldn’t crack my Top 5 favorite performances. Somehow this was his first Oscar nomination. But in subsequent years there was even more competition than among his formidable opponents here. So I’m OK with this reward since he never won again, even if I might give the edge to Heath Ledger (who also died young and was recognized later).

But the best leading male performance of 2005 wasn’t even nominated. Joseph Gordon-Levitt’s incredible turn as a teen hustler in Mysterious Skin is just anguishing to watch as he spirals further out of control. “He’s got a black hole where his heart should be,” one character says to describe JGL’s Neil. He certainly left a mark on me. 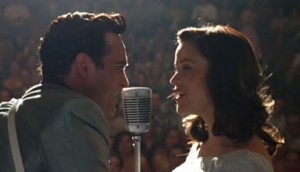 Should have won: No complaints here
Not even nominated: Jodie Foster, Flightplan

As I’ve mentioned several times in this space, I’m all for giving an Oscar to an actor who may not be remembered as great long-term, but is giving the performance of their lives. Reese Witherspoon is always an enjoyable screen presence, even in total garbage. But she is truly magnificent as June Carter in Walk the Line. (She and Joaquin are the best part of that by-the-numbers biopic.) It’s no wonder Johnny Cash comes to life when he meets her. The movie picks up a lot too. Besides, if this is a category where Judi Dench can get in for a trifle like Mrs. Henderson Presents, clearly there’s not a lot of competition. I would have swapped her out for Jodie Foster, who is totally believable in a completely ridiculous movie like Flightplan. 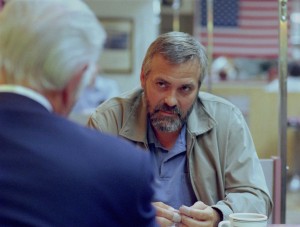 Should have won: No complaints here
Not even nominated: Donald Sutherland, Pride & Prejudice

George Clooney was always going to win an Oscar. Surprisingly it wasn’t for a role where he gets to use his considerable charm. He is practically the only character with a conscience in Syriana – even if it has been warped by his treacherous career – and one of the few things that makes sense in a very confusing movie. Packing on the pounds and enduring a torture that actually severely injured him, I’m OK with him winning here. His competition was pretty good, but he sticks out in a movie that doesn’t have a lot going for it.

But would you believe that Donald Sutherland, he who bared his ass in Animal House and wandered the streets of Venice in Don’t Look Now has never been nominated for an Oscar? It’s hard to believe. But they should have rectified that by honoring him for his terrific work as Mr. Bennett, who is a true delight whenever he’s onscreen. 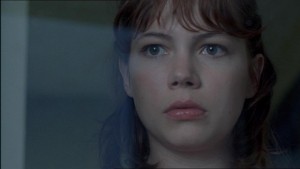 Look, I love Rachel Weisz. Adore her even. But I’m still baffled how so many voters saw Brokeback Mountain (it had the most nominations of any film) and didn’t immediately give the Oscar to Williams. Just for the scene where she catches Ennis and Jack making out alone. All her bewilderment and anger and betrayal are right there on her face. And she still has plenty of great scenes after that, too. And how did they miss Anne Hathaway’s first great performance as Jack’s wife, who may or may not have known about his other life? Her scene on the phone with Ennis is equally tremendous acting. 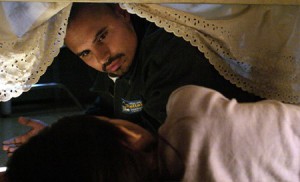 Should have won: No complaints here
Not even nominated: The 40-Year-Old Virgin

I’ve made my case for Crash. Despite some embarrassing scenes, I’ll give it the win here. I’d put Good Night, and Good Luck and The Squid and the Whale neck-and-neck for the second spot. But neither are as quotable as Judd Apatow’s The 40-Year-Old Virgin. 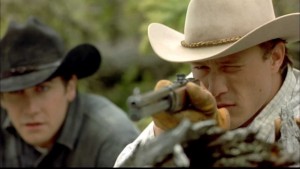 Should have won: No complaints here
Not even nominated: Kiss Kiss Bang Bang

Again, not much of a contest here either. Larry McMurtry takes his decades of writing about small towns and pastoral settings and applies to his adaptation of Annie Proulx’s short story (with the help of Diana Ossana). But my favorite screenplay of any film of 2005 (and my favorite film of 2005 by a wide margin) was Shane Black’s Kiss Kiss Bang Bang, which adapts part of Brett Halliday’s novel Bodies Are Where You Find Them. It’s a brilliant, hilarious noir that plays by its own rules, crafting a terrific mystery, love story and comedy all in one. 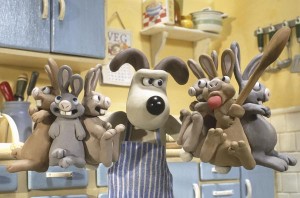 The first year since the inception of the category that doesn’t have an embarrassing nominee. All were solid, but none were as delightful as Nick Park’s feature-length adventure of the best stop-motion man and dog duo.