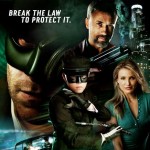 The Green Hornet
Starring Seth Rogen, Jay Chou, Christoph Waltz
Written for the screen by Seth Rogen & Evan Goldberg
Directed by Michel Gondry
Every time I find a reason to get excited about this movie, there are two discouraging signs. This is Christoph Waltz’s first American role after his pitch-perfect performance in Inglorious Basterds. But the oft-delayed film is being shown in tacky post-converted 3-D (meaning they didn’t film it that way, they just added it on to make some more money). Gondry behind the camera will always make for an interesting viewing experience, I doubt he or writers Rogen and Evan Goldberg (Superbad) have any grasp on the campy tone a project like this needs. Hell, they couldn’t even balance the tone in Pineapple Express, which should have been a slam dunk. Plus, the insufferable Cameron Diaz plays Rogen’s secretary and probable love interest. Sigh. 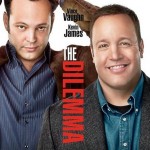 The Dilemma
Starring Kevin James, Vince Vaughn, Jennifer Connelly
Written by Allan Loeb
Directed by Ron Howard
Just like Green Hornet, for every one reason I have to feel like this could be decent, I find two more to signal that it won’t be. On paper, The Dilemma’s premise is intriguing: What would you do if you discovered your best friend’s wife cheating? Should you tell him? Are you obligated to tell him? Plus, Oscar winner Ron Howard is at the helm, so what could go wrong? It all rests on one scene in the trailer and repeated in every ad: Vaughn spies James’ wife (Winona Ryder) smooching Channing Tatum at an arboretum, and promptly pratfalls into some very nasty fauna, which Clint Howard informs him will cause a rash and “painful urination.” Because we all know how hysterical oozing genitals are. 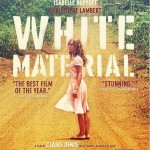 White Material
Starring Isabelle Huppert, Christopher Lambert, Isaach de Bankolé
Written by Claire Denis and Marie N’Diaye
Directed by Claire Denis
Denis is one of international cinema’s most acclaimed filmmakers, Huppert, one of its bravest actresses. Together they collaborate in a story that’s both timely and timeless as Huppert portrays the owner of a coffee plantation in an African country in the midst of upheaval. Will she abandon her livelihood or harvest her crop while militias are beating down the door, trying to harvest her head? It sounds like riveting filmmaking, for those who dare subtitles.
PLAYING EXCLUSIVELY AT THE ANGELIKA DALLAS 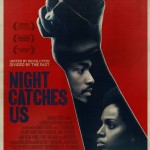 Night Catches Us
Starring Anthony Mackie, Kerry Washington, Wendell Pierce
Written and directed by Tanya Hamilton
Philadelphia, 1976. The tremendously talented but seriously underrated Anthony Mackie plays a Black Panther who returns to his old neighborhood, stirring up support. He’s at odds with Washington, who takes a strong but less aggressive stand against racial injustice. Mackie starts to win over the area that’s just beginning to heal, but his violent past may soon catch up with him.
PLAYING EXCLUSIVELY AT THE TEXAS THEATRE