Just like with movies, there are hundreds of albums to sift through to make a best of list. So we’ll get to my honorable mentions before we start counting down the top 10.

HONORABLE MENTIONS (in alphabetical order):
Avey Tare – Down There, S. Carey – All We Grow, Girl Talk – All Day, Gorillaz – Plastic Beach, The Hold Steady – Heaven is Whenever, Kings of Leon – Come Around Sundown, Janelle Monaé – The ArchAndroid, Mumford & Sons – Sigh No More, Tracey Thorn – Love and its Opposite, The Walkmen – Lisbon 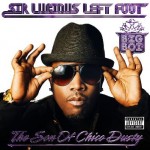 10. Big Boi – Sir Lucious Left Foot: The Son of Chico Dusty (Purple Ribbon)
2010 may just be the best year for rap music ever. Despite the inexplicable popularity of Lil Wayne and his Young Money cohorts (Drake notwithstanding), I found myself enjoying more hip-hop than ever before, even if it was just a song or two from otherwise lackluster efforts (B.o.B., Kid Cudi). Big Boi makes it to the top 10 with an album that seemed to be an eternity in the making. It was worth the wait though, with perfect club tracks like “Shutterbugg” and “Shine Blockas.” But as half of OutKast, he also knows how to balance being both goofy and epic, as evidenced by his pièce de résistance “General Patton.” It’s the best war satire since Duck Soup! 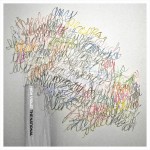 9. The National – High Violet (4AD)
The National possess a raw intensity and honesty that most bands fail to grasp. But after you’ve listened to this album as much as I have, it gets to be a little too dreary and that’s part of the reason it isn’t ranked higher, despite making No. 1 on my mid-year list. Still, it’s a beautiful, if monumentally depressing album. 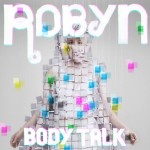 8. Robyn – Body Talk (Cherrytree)
Lady Gaga who? Her labelmate had the year’s best dance album, compiling the best tracks from two Body Talk EPs and adding five new songs to create my favorite type of music: the danceable confession. She’s snarky as hell, but also brutally honest, like on “Dancing on My Own,” which re-imagines “Just Dance” from the point of view of a spurned lover. And instead of a meat dress, she makes a statement with songs like “Don’t F***ing Tell Me What to Do.” She may be a “Fembot,” but she’s dancing circles around everyone else in the world of electronica. 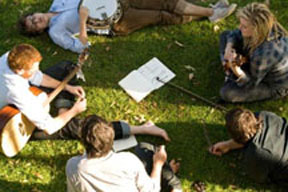 7. Seryn (self-released)
Yes, a homemade CD-R can be that good. As musicians, this Dallas band is pretty much unrivaled. Only they could be so electrifying while still unplugged. In short, they’ve created some of the most jaw-droppingly gorgeous folk songs in the history of recorded music. And they’re just getting warmed up. 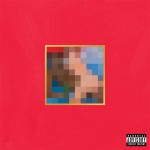 6. Kanye West – My Beautiful Dark Twisted Fantasy (Roc-a-Fella)
Had this been a true masterpiece–meaning no tracks you could skip, no unnecessary moments–it would have topped my list like it did everyone else’s. But there’s the matter of “So Appalled,” the ridiculously long version of “Runaway” (which is perfect at just under six minutes, but rambles on for another three) and the Chris Rock skit at the end of the otherwise wonderful “Blame Game.” Those quibbles aside, this is a brilliant album from a certifiably crazy person. No one in his right mind could have created an album as perversely fascinating and revealing as this, which enlists help from everyone from Jay-Z and Rihanna to Elton John and Bon Iver. Not that he needed it. Kanye’s in a class by himself, for better and for worse. 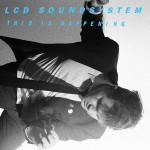 5. LCD Soundsystem – This is Happening (Death from Above)
This is an album that seemed to sum up my 2010: It’s all about uncertainty. While this–all the insane stuff I’m accomplishing–is happening and I can’t believe how exciting it is, this is also coming to an end soon and I don’t know what will be happening in my future. But instead of worrying the whole time, I’ll just dance until I figure something out. 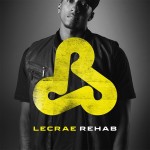 4. Lecrae – Rehab (Reach)
Here’s how my opinion of this album went in the last two months of 2010: excited, disappointed, transformed. This is one of those once-in-a-lifetime albums for Christian music: where an artist is at his musical peak and completely humbled by the unconditional love of God. Lecrae is far more confessional than most Christian artists and we’re all the better for it, especially those of us who know the Christian life is not all sunshine and perfect families. 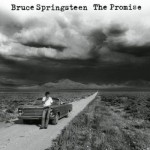 3. Bruce Springsteen – The Promise (Columbia)
How good was Springsteen in the ’70s? So good, he could release a double album of discarded songs that other artists would kill to have just one of. So here we are, more than 30 years later and I’m still in awe of fantastic a songwriter he is. It’s a skill that hasn’t waned, even though his voice has. But on The Promise, we get to hear an artist who would never be better. 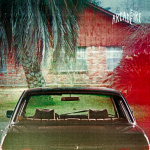 2. Arcade Fire – The Suburbs (Merge)
By waiting three years between albums, Arcade Fire assure there will never be any missteps. They’ve proven they operate at such a consistent level, you could argue any of their albums are their best. The Suburbs is deeply personal, which hits home for me given that Win and Will Butler are both from Texas. But it’s also an album especially for lost souls. The suburbs can be suffocating, with its homogeneous homes and SUVs. But the cities can be equally unforgiving, with a high cost of living–which is harder to handle in this tough economy–and a relentlessly condescending social scene. So where do you go? Arcade Fire offer up no easy answers, but they’ll certainly empathize with you. 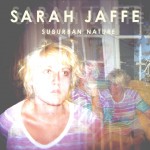 1. Sarah Jaffe – Suburban Nature (Kirtland)
I was surprised I picked this album to top my list, too. But I couldn’t help it. Sarah Jaffe’s first full-length album sneaked right up and floored me. And thanks to an incredible live show with Seryn at the Granada (which sold out), I couldn’t help but listen to this album over and over again. While most indie musicians adore being the former but shun being the latter, Suburban Nature manages to be both raw and melodic. In a world of music that’s more diverse and accessible than ever, this was the album that stood above the rest.