The Weekender: ‘Watch’ yourself

The Watch (R)
Starring Ben Stiller, Vince Vaughn, Jonah Hill
Written by Jared Stern and Seth Rogen & Evan Goldberg
Directed by Akiva Schaffer
This alien invasion comedy has some laughs, but you’ve already seen most of them in the trailers. I think the gross-out comedy era may be coming to an end. Read my review for Pegasus News here.

Trishna (PG-13)
Starring Freida Pinto, Riz Ahmed, Roshan Seth
Written for the screen and directed by Michael Winterbottom
Very loosely based on Thomas Hardy’s Tess of the d’Urbervilles, Trishna (Pinto) is essentially the Indian Precious, as one horrible thing after another happens to her. That makes this an early contender for the Most Depressing Movie of 2012. Still, it’s beautiful to look at—the cinematography and scenery are stunning—but it’s such a somber slog, you might beg for the sweet release of death yourself.
PLAYING EXCLUSIVELY AT THE ANGELIKA DALLAS 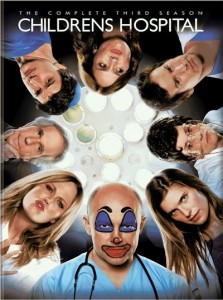 Children’s Hospital (Season 3)
Adult Swim shows (including Eagleheart—which just wrapped—and NTSF:SD:SUV:: — which is about to start) have a ridiculously large pool of talent to draw from, and the one that made it all possible was this web series, which found its way to Cartoon Network and became an even bigger hit. Some of the show’s more bizarre elements don’t always work, but the dead-on parody of medical dramas makes this 12-minute show worth adding to the ever-increasing list of Shows You Really Need to be Watching.