Pacific Rim (PG-13)
Starring Charlie Hunnam, Idris Elba, Rinko Kikuchi
Story by Travis Beacham
Screenplay by Travis Beacham & Guillermo del Toro
Directed by Guillermo del Toro
There’s no denying that Guillermo del Toro is a great director who has not been given his proper due. But when his big Hollywood blockbuster seems like just a smarter version of Transformers, is that really the best thing available for him? Internet critics have showered him with praise for Pacific Rim, heralding it as inventive and exciting. But I can’t muster any enthusiasm for it at all.

Berberian Sound Studio (NR)
Starring Toby Jones, Susanna Cappellaro, Antonio Mancino
Written and directed by Peter Strickland
Blow Out meets giallo in this thriller. Toby Jones stars as a sound engineer who starts to hear screams that aren’t on the soundtrack. European critics have hailed it as a clever thriller that pays homage to horror films of the past while still feeling original.
PLAYING EXCLUSIVELY AT THE TEXAS THEATRE 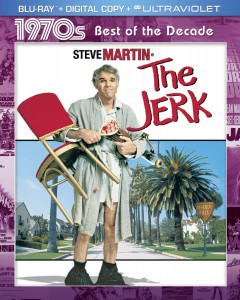 The Jerk
Steve Martin’s first collaboration with Carl Reiner still stands as one of the funniest movies ever made. With his loyal dog Shithead, Navin Johnson goes from rags to riches to rags, brought down by a crazy gunman, a jealous stuntwoman and his own greed. This Blu-ray is all I need. And this paddle game. And this chair. But that’s all I need.

Criterion: The Life of Oharu