The Weekender: Reunited and it feels so bad

Titanic 3D (PG-13)
Starring Leonardo DiCaprio, Kate Winslet, Gloria Stuart
Written and directed by James Cameron
Never my favorite movie, Titanic represents mass hysteria at the multiplex. Before there were women lining up to see Twilight, there was this blockbuster romance chock-full of grand gesture B.S. Certainly, there’s a higher level of filmmaking going on here, but that doesn’t change the fact that I never felt the magic so many claimed to experience here. There’s also a higher level of chicanery, too. Before Avatar, this was the highest grossing movie of all time. Now it’s back in theaters almost 15 years later so you can pay twice as much for a ticket as you might have in 1997, to see the same movie, now with an added dimension. That’s pretty shameless, Cameron.

Angelika Dallas: The Kid with a Bike (NR) 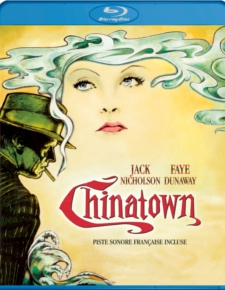 Chinatown
Roman Polanski’s essential film noir gets the high-def treatment. Of the film’s 11 Oscar nominations, it only managed one win: a well-deserved Best Original Screenplay for Robert Towne. It probably deserved more, but no such luck competing against the likes of The Godfather, Part II. Jack Nicholson gives one of his many outstanding performances from the ’70s, but it’s John Huston’s dastardly performance that sticks with you the most.

To buy:
Music: Elvis Costello and the Imposters: The Return of the Spectacular Spinning Wheel

Comedy: J.B. Smoove: That’s How I Dooz It