The Weekender: Proceed with caution 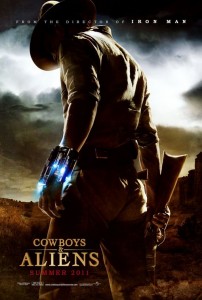 Cowboys & Aliens
Starring Daniel Craig, Harrison Ford, Olivia Wilde
Screen story by Mark Fergus & Hawk Ostby and Steve Oedekerk
Screenplay by Roberto Orci & Alex Kurtzman & Damon Lindelof and Mark Fergus & Hawk Ostby
Directed by Jon Favreau
On paper, this sounds like the most thrilling Hollywood aliens vs. humans blockbuster since Independence Day. But early word is that, at best, it’s merely an adequate summer diversion where all you need to know about its plot is there in the title. Given its (nerdy) pedigree–that includes the writers of Star Trek, Children of Men and TV’s LOST–that can only be viewed as a disappointment. Still, it’s got to be better than the last big-budget Western to premiere in the summer (Wild Wild West). Right? 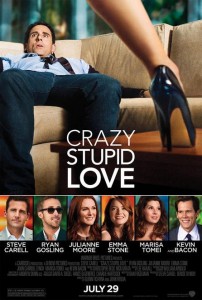 Crazy Stupid Love
Starring Steve Carell, Ryan Gosling, Emma Stone
Written by Dan Fogelman
Directed by Glenn Ficara & John Requa
The Hollywood rom-com that will put all others to shame. But it speaks more of often Hollywood gets it wrong when a single movie manages to have layered characters and something resembling depth. Crazy Stupid Love probably would have been much more interesting if its directors (who wrote Bad Santa and I Love You, Philip Morris) had written it as well, but that certainly would have gotten it a less date-friendly R. But Steve Carell has yet to be bad in anything. Here, he’s a recently separated guy who learns the ropes from notorious lothario (Ryan Gosling, cast against type), who might just hang up his douche-y ways for a younger independent no B.S.-er (Emma Stone). The rest of the cast have charm and comic chops oozing out their ears. Take a date. 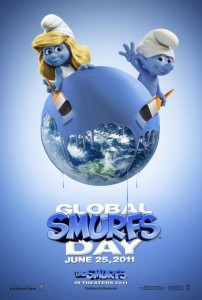 The Smurfs
Starring Hank Azaria, Neil Patrick Harris, Jayma Mays
Screen story by J. David Stern & David N. Weiss
Screenplay by J. David Stern & David N. Weiss and Jay Scherick & David Ronn
Directed by Raja Gosnell
There are a few things I will forever ponder: Can it get much hotter here? Can our economy get any worse? And what on Earth did we do to deserve a live action-CGI hybrid of a 30-year-old cartoon? Director Raja Gosnell is something of an expert when it comes to these atrocities. He’s the one who taught us never to underestimate the tiniest of dogs in Beverly Hills Chihuahua. (Remember: They’re Mexi-cans, not Mexi-can’ts!) If there is any justice in the film world, this will die a quick box-office death worse than Zookeeper.