The Weekender: All this and World War II 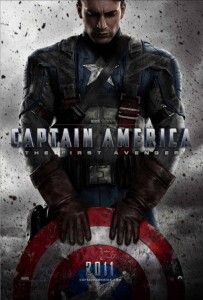 Captain America: The First Avenger
Starring Chris Evans, Tommy Lee Jones, Hugo Weaving
Written for the screen by Christopher Markus & Stephen McFeely
Directed by Joe Johnston
With more superhero movies in theaters than ever, why is this one more likely to be worth your time than the others? Ultimately it comes down to the director. Johnston has been this business for more than 20 years yet he remains a child at heart. Not a socially conscious overachiever like Spielberg or an overgrown kid smashing action figures together like Michael Bay, Johnston is enthusiastic in his silliness, which gives his corniness an endearing quality. Whether directing shrunken kids or a board game come to life (Jumanji), he’s giddy about his work. He’ll bring that spirit to this comic book adaptation about a skinny kid who agrees to undergo an Army experiment to turn him into a super-soldier to fight the Nazis, whose even crazier rebel faction is led by the evil Red Skull (Weaving). At the very least, it’ll be better than the horrendous 1990 adaptation. 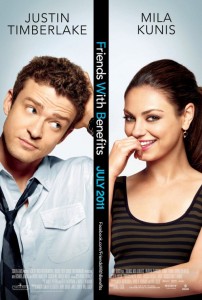 Friends with Benefits
Starring Justin Timberlake, Mila Kunis, Woody Harrelson
Story by Harley Peyton and Keith Merryman & David A. Newman
Screenplay by Keith Merryman & David A. Newman and Will Gluck
Directed by Will Gluck
Natalie Portman has a busy life. Ashton Kutcher is a heterosexual male. Can they keep their relationship strictly based on sex, with no romance or drama attached, or will they end up falling for each other? I expect this to be slightly better than the movie I just described because Will Gluck did wonders with Easy A, the best high school comedy since Mean Girls. But they are essentially the same movie, so just don’t expect it to be TOO much better. 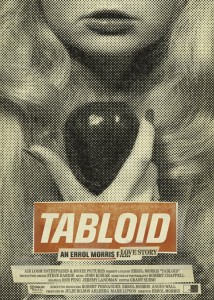 Tabloid*
Directed by Errol Morris
The latest documentary from the Oscar winning director tells the tawdry tale of Joyce McKinney, a former Miss Wyoming, who in 1977 was accused of kidnapping a Mormon missionary and using him as a sex slave. What followed was a wave of gossip columns, a life on the lam and lots of shocking discoveries.
PLAYING EXCLUSIVELY AT THE ANGELIKA DALLAS