The Weekender: Point of ‘Focus’

Focus
Will Smith has had a rough go of it the last few years, with the dreadful After Earth representing his nadir. So maybe, just maybe, this con artist drama with Margot Robbie — on a meteoric rise — will start his comeback. 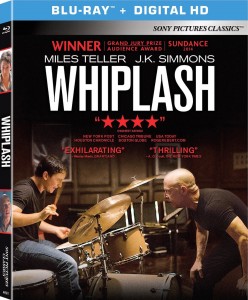 Whiplash – Academy Award nominee for Best Picture
Winner of three Oscars (Supporting Actor, Sound Mixing, Film Editing), all richly deserved, Whiplash missed out on my personal Top 10, but it’s still a thrilling yet exhausting experience. Miles Teller is terrific as the obsessive drummer, but the star of the show is J.K. Simmons as the conductor from hell. He’s so terrifying, he makes my high school band director look reserved in comparison.

This entry was posted in Film, Previews and tagged a la mala, focus, human capital, lazarus effect, maps to the stars, red army, timbuktu, what we do in the shadows. Bookmark the permalink.