The Weekender: Not so alien 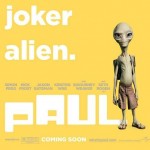 Paul
Starring Simon Pegg, Nick Frost, Kristen Wiig
Written by Pegg & Frost
Directed by Greg Mottola
Sci-fi nerds rejoice! This is the wish-fulfillment comedy you’ve been waiting for. The two funniest men on the planet play British Comic Con attendees who trek across the Southwest on the nerdiest road trip ever when they meet Paul, a foul-mouthed, pot-smoking alien. They of course become best friends and meet some wacky characters along the way, but the film actually works despite all the reasons it shouldn’t. Look for a full review from me this weekend. 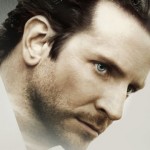 Limitless
Starring Bradley Cooper, Abbey Cornish, Robert DeNiro
Written for the screen by Leslie Dixon
Directed by Neil Burger
Remember how cool Vantage Point looked in the trailers? Or Watchmen even? I feel this film–about an underachiever who finds fame and fortune after taking a pill that unlocks the rest of his brain’s potential–will fall into that category of great in concept, horrible in execution. 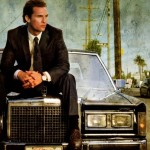 The Lincoln Lawyer
Starring Matthew McConaughey, Marisa Tomei, William H. Macy
Written for the screen by John Romano
Directed by Brad Furman
Journey back with me, if you will, to the 1990s. John Grisham dominates the best-seller lists. Seinfeld is TV’s No. 1 show. Songs about unexpected boners rule the airwaves. And Matthew McConaughey was still considered to have potential as an actor. Well in this adaptation of Michael Connelly’s novel, we get to go back to that. This is an old-school legal thriller that might be traditional, but well-acted and executed. And I’m definitely on board for that. 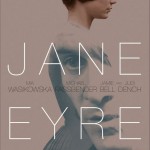 Jane Eyre
Starring Mia Wasikowska, Michael Fassbender, Judi Dence
Written for the screen by Moira Buffini
Directed by Cary Fukunaga
I’m sure Fukunaga brings something new to the table in this 12th (not counting miniseries) adaptation of Charlotte Brontë’s gothic romance, but unless you need some extra credit for your English class, why bother?
PLAYING EXCLUSIVELY AT THE ANGELIKA DALLAS