The Weekender: Not much to be thankful for 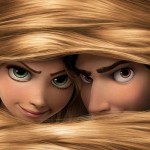 Tangled
Starring the voices of Zachary Levi, Mandy Moore, Brad Garrett
Written for the screen by Dan Fogelman
Directed by Nathan Greno and Byron Howard
I love that Zachary Levi and Mandy Moore–two vastly underrated comic performers–are getting some work here. What I don’t love is Disney going back to the fairy tale well again AND trying to put some “DreamWorks-style edginess” into their holiday tentpole release (in 3-D, no less). But a Pixar-free The Princess and the Frog was a truly pleasant surprise last year. But Tangled doesn’t have the benefit of veteran directors John Musker and Ron Clements, so I’m not expecting a whole lot to look forward to here. 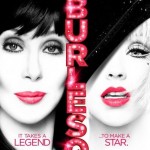 Burlesque
Starring Cher, Christina Aguilera, Stanley Tucci
Written and directed by Steve Antin
Everything about this movie loudly announces that I am not in its target audience. Regardless, this looks like a Showgirls-sized disaster. Sure, Cher and Christina can used to sing well, but nothing in either performer’s history suggests she can act (Moonstruck notwithstanding). Add in a metric ton of sequins and you’ve got a musical mess on your hands. 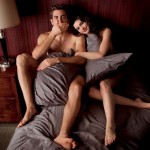 Love and Other Drugs
Starring Jake Gyllenhaal, Anne Hathaway, Oliver Platt
Written for the screen by Charles Randolph and Edward Zwick & Marshall Herskovitz
Directed by Edward Zwick
The previews focus on the unbelievably generic love story: playboy and wild heart meet cute, promise not to take the relationship seriously, fall in love, have a misunderstanding, fight and then (most likely) tearfully reunite. But the movie is also an adaptation of an insider’s tale working for Pfizer at the height of Viagra’s popularity. I was hoping for a Thank You for Smoking-like take on one of America’s many shady industries but I doubt none of the writers were even thinking the word “satire.” 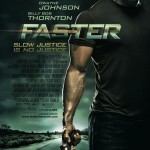 Faster
Starring The Rock, Billy Bob Thornton, Tom Berenger
Written by Tony & Joe Gayton
Directed by George Tillman Jr.
Props must be paid for the Rock (I will never call him Dwayne Johnson) for returning to more adult fare after wandering in the well-paying but soul-crushing desert of Disney (The Game Plan, Race to Witch Mountain and The Tooth Fairy all performed surprisingly well). And while part of me loves a good revenge film–or at least the idea of a good revenge film–this just looks flat out stupid, with no reason for us to root for or against the Rock’s character. There’s an engaging story to be made here, I’m sure, but I doubt that’s what we’ll get.

The Nutcracker in 3-D
Starring Elle Fanning, Nathan Lane, John Turturro
Written for the screen by Andrei Konchalovskiy and Chris Solimine
Directed by Andrei Konchalovskiy
I could make a generic statement about Tchaikovsky rolling over in his grave, but a phrase like that has no power. This adaptation is more like digging up Tchaikovsky’s remains and defecating on them. Oh, if only the great composer could see the ballet he scored through the muddy filter of post-conversion 3-D! While Elle Fanning has continued to prove to be the more talented of the Fanning sisters, there’s no way she can single-handedly carry a massive failure like this on her 12-year-old shoulders.
PLAYING EXCLUSIVELY AT THE CINEMARK LEGACY, AMC MESQUITE and AMC STONEBRIAR