The Weekender: ‘Let Me’ Entertain You

The Lone Ranger (PG-13)
Starring Johnny Depp, Armie Hammer, Tom Wilkinson
Screen story by Ted Elliott & Terry Rossio and Justin Haythe
Screenplay by Justin Haythe and Ted Elliott & Terry Rossio
Directed by Gore Verbinski
Certainly not a disaster on the level of Wild Wild West or Jonah Hex, this Western adventure-comedy is no Shanghai Noon. It’s loud and bloated but often quite entertaining. There’s too much going against it for me to give a recommendation, but it earns points for simply not being terrible and therefore exceeding my expectations.

Despicable Me 2 (PG)
Starring the voices of Steve Carell, Kristen Wiig, Miranda Cosgrove
Screenplay by Ken Daurio & Cinco Paul
Directed by Pierre Coffin & Chris Renaud
The first one filled me with joy, and I see no reason why this sequel won’t do the same.

Kevin Hart: Let Me Explain (R)
Directed by Tim Story
He’s slowly crossed over from predominantly black audiences to being on the cusp of full-blown phenomenon status. This is his arrival.

The Way, Way Back (PG-13)
Starring Liam James, Sam Rockwell, Steve Carell
Written and directed by Nat Faxon & Jim Rash
Truly could not be more excited for this one. Faxon & Rash’s screenplay was the best part of The Descendants and I was a big fan of both of their sitcoms this season. Their directorial debut finds a teen (James) living with his mom (Toni Collette) and her new boyfriend (Carell) for the summer. It’s another coming-of-age dramedy, but one that’s sure to feature the duo’s quirky and endearing sensibilities.
PLAYING AT THE MAGNOLIA and ANGELIKA PLANO

The Attack (R)
Starring Ali Suliman, Evgenia Dodena, Reymond Amsalem
Written for the screen by Ziad Doueiri & Joelle Touma
Directed by Ziad Doueiri
Get ready to have your heart ripped out in this controversial thriller. A Tel Aviv surgeon learns his wife is among the victims of a suicide bombing, then discovers she may have been involved in it. It’s been banned in every Arab country because it was actually filmed in Israel.
PLAYING AT BOTH ANGELIKAS

A Band Called Death (NR)
Directed by Jeff Howlett & Mark Covino
This doc about the all-black proto-punk band from Detroit has been getting rave reviews. There’s no way it’s on par with Searching for Sugar Man or Standing in the Shadows of Motown, but this rock doc surely seems worth your time.
PLAYING EXCLUSIVELY AT THE TEXAS THEATRE 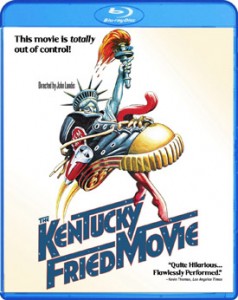 The Kentucky Fried Movie
While The Producers is a far better film – and the Blu-ray from Shout! Factory looks fantastic – I still like to remind people of the hidden gems available out there. America’s introduction to the ZAZ team (Airplane!, The Naked Gun, and less important films when they split up) is this ramshackle collection of shorts and sketches. It’s a hit-or-miss affair, but when it hits, you’ll be rolling with laughter. Big Jim Slade not included.