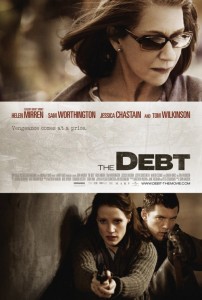 The Debt (R)
Starring Helen Mirren, Sam Worthington, Tom Wilkinson
Screenplay by Matthew Vaughn & Jane Goldman and Peter Straughan
Directed by John Madden
In this remake of an acclaimed 2007 Israeli film, Mirren, Wilkinson and Ciaran Hinds play the older versions of three guilt-stricken Mossad agents, whose revenge mission against Nazis in hiding may not be as heroic the legends would have you believe. John Madden—whose traveled an incredibly rocky road in Hollywood after his Oscar nomination for Shakespeare in Love—could use a hit right now, but this sequel-in-spirit to Munich looks to be a critical darling at best. 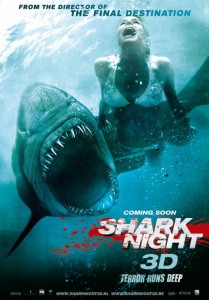 Shark Night 3D (PG-13)
Starring Sara Paxton, Dustin Milligan, Alyssa Diaz
Written by Will Hayes, Jesse Studenberg
Directed by David R. Ellis
I enjoyed the hell out of last year’s Piranha 3D and I love big shark movies (Jaws, and to a lesser degree, Deep Blue Sea), so why am I not excited for this B-movie? Well, because the studio went for a PG-13 rating, which means no gore, little ridiculousness and thanks to director David Ellis (Snakes on a Plane and, uh, Homeward Bound II), few chills. 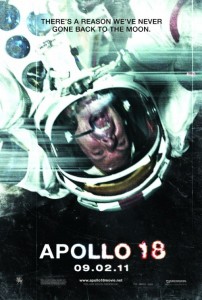 Apollo 18 (PG-13)
Directed by Gonzalo López-Gallego
I guess Dimension’s really sticking by that whole “found footage” premise, since you won’t find any actors listed on this movie’s IMDb page. More bad news: the release date for this thriller—about a previously unknown manned mission to the Moon that ended in horror—has been shifted no less than FIVE times. Yikes. This is basically Paranormal Activity… IN SPACE! so don’t expect anything more than that. 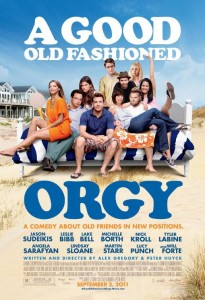