The Weekender: Journey to the ‘Dark’ side 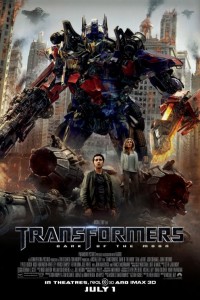 Transformers: Dark of the Moon
Starring Shia LaBeouf, Rosie Huntington-Whitley, John Turturro
Written by Ehren Kruger
Directed by Michael Bay
Taking escapism to its fiery extreme, Bay’s films have only gotten louder (and more successful) over the years. Nearly everyone agrees that Revenge of the Fallen was giant incoherent explosive turd of a movie, yet it made more than $400 million domestically. About the only difference here is the female lead, trading in the attractive (debatable) but feisty Megan Fox for Victoria’s Secret model Rosie Huntington-Whitley, whom we’re expected to buy has undying love for Sam Witwicky. The “plot,” as it is, consists of a Maguffin (in this case lunar techn–oh I couldn’t possibly give less of a crap) and the big, loud quest to get to it before the bad guys do. 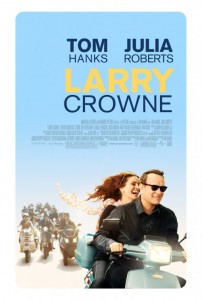 Larry Crowne
Starring Tom Hanks, Julia Roberts, Roxana Ortega
Written by Tom Hanks, Nia Vardalos
Directed by Tom Hanks
Can someone whose presence you always love override the presence of someone you loathe deeply? That’ll be the question answered by Larry Crowne. Hanks, the nicest guy in Hollywood, plays Crowne, the nicest guy in the entire world. He gets laid off from his job because he’s the only guy there who only has a high school diploma, so he enrolls in community college and ends up falling for his alcoholic speech professor (Roberts). Now, my ambivalence towards Roberts runs deep and this movie could not be cornier if it tried, but I still feel drawn to it because, to paraphrase Modern Family: it’s like Costco–it’s big, it’s not fancy, and it dares you not to like it. 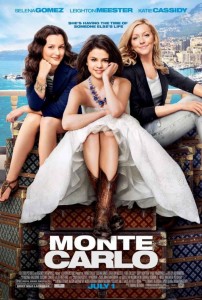 Monte Carlo
Starring Selena Gomez, Leighton Meester, Katie Cassidy
Written for the screen by Kelly Bowe (story), Thomas Bezucha & April Blair & Maria Maggenti (screenplay)
Directed by Thomas Bezucha
Bezucha, whose only previous credit is the reprehensible holiday comedy The Family Stone, now seeks to turn his sights on stupid teenage girl escapism. Only in Hollywood can a beauty like Selena Gomez play a character who’s poor and invisible to the rest of her high school class. Then she and her friends (who are also beautiful outcasts) take a disastrous trip to Monte Carlo–guess Paris was too expensive, or her parentals put the kibbutz on that after Taken–and get mistaken for royalty. Maybe they’ll each find love, despite their suitors not knowing their real identities? Now if you’ll excuse me, I’m going to go throw up. 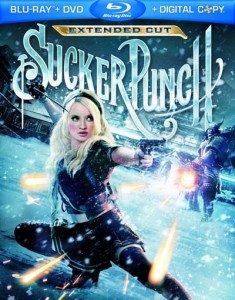 Sucker Punch
If Burlesque and The Matrix had a nasty hook-up on a green screen, this would be their unholy love-child. Yes, this is a female-led war movie/stripper-ific musical/great escape/mystical quest directed by the increasingly demented Zack Snyder. Even its defenders admit it’s terrible.
(Family Video, Blockbuster) 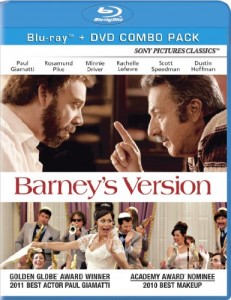 Barney’s Version
Look at Paul Giamatti, schlubbin’ it up. In this latest adventure in misanthropy, Giamatti is Barney, a thrice-married doofus who has had both incredible and horrible luck. The dramedy co-stars Minnie Driver, Dustin Hoffman and Rosamund Pike, who has gotten considerably better since Die Another Day.
(Netflix, Redbox, Blockbuster Express, FV, B) 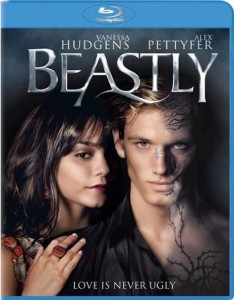 Beastly
Further proof that you can’t Twilight-ify everything. Thank the good Lord above.
(N, R, BE, FV, B) 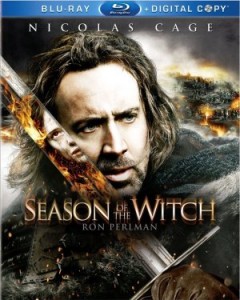 Season of the Witch
As I’ve mentioned before, there’s Good-Bad Nicolas Cage and then there’s Bad-Bad Nicolas Cage. This falls strictly in the latter category, in this dreadfully serious Middle Ages “action” flick. Sena should stick to what he knows: slick L.A.-set capers (i.e. Gone in 60 Seconds, Swordfish). Better to make entertaining crap than boring crap.
(BE, FV, B) 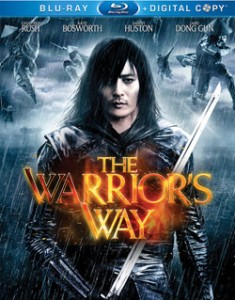 The Warrior’s Way
Watch this trailer. Can you look me in the eye and tell me that’s not the dumbest everything you’ve ever seen? Kate Bosworth, I expect this from you. But Geoffrey Rush?! You have an Oscar, man! At least when you’re hamming it up in a Pirates movie, we know it’s for the money and the camaraderie. But here? D’you lose a bet or something?
(BE, FV, B)