The Weekender: It’s a kind of ‘Magic’

Magic Mike (R)
Starring Channing Tatum, Alex Pettyfer, Matthew McConaughey
Written by Reid Carolin
Directed by Steven Soderbergh
He’s a stripper, but what he really wants to do is make custom furniture. Say what? That’s the plot behind what may be Steven Soderbergh’s last film, which is somehow reaching for the lowest-common denominator while being pretentious as possible. How is that gonna work?

People Like Us (PG-13)
Starring Chris Pine, Elizabeth Banks, Michelle Pfeiffer
Written by Alex Kurtzman & Roberto Orci and Jody Lambert
Directed by Alex Kurtzman
One of the oddest dramedies to come out of Hollywood in many years. Not good or bad, just interesting. Read my review for Pegasus News here.

Tyler Perry’s Madea’s Witness Protection (PG-13)
Starring Tyler Perry, Eugene Levy, Denise Richards
Written and directed by Tyler Perry
Are you as sick of this guy as I am? Probably, but this one maybe–just maybe–could provide a few chuckles. 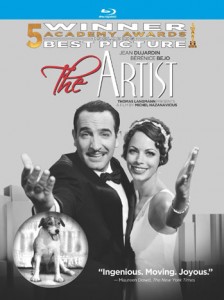 The Artist (98%)
Though nowhere near as magnificent as many of the reviews would have you believe, this Best Picture winner, an ode to the silent era, is a complete delight. Not five Oscars good, but certainly worth your time.

Criterion: The 39 Steps, The Samurai Trilogy

One Response to The Weekender: It’s a kind of ‘Magic’