The Weekender: I tried so hard and got so far, but in ‘The End’ it doesn’t even matter

Identity Thief (R)
Starring Jason Bateman, Melissa McCarthy, Amanda Peet
Story by Jerry Eeten and Craig Mazin
Screenplay by Craig Mazin
Directed by Seth Gordon
Though the trailer promises more hilarity from Bridesmaids‘ breakout star, I get the sneaking suspicion this movie is actually going to be terrible, one of those movies where you saw all the funny stuff in the preview. I genuinely hope I’m wrong.

Side Effects* (R)
Starring Jude Law, Channing Tatum, Rooney Mara
Written by Scott Z. Burns
Directed by Steven Soderbergh
This twisty little thriller from Soderbergh is far too good for a February release date. I don’t want to give anything away at all, because the surprise is far too juicy to reveal. Go see it before anyone else spoils it for you.

Top Gun 3D (PG)
Starring Tom Cruise, Kelly McGillis, Val Kilmer
Written for the screen by Jim Cash & Jack Epps Jr
Directed by Tony Scott
Though apparently the transfer will take your breath away (pun intended) just like Titanic‘s 3-D rendering, I still must ask: Why?
IN LIMITED RELEASE FOR ONE WEEK ONLY

John Dies at the End (R)
Starring Chase Williamson, Rob Mayes, Paul Giamatti
Written for the screen and directed by Don Coscarelli
Here’s a movie I’ve been eagerly awaiting for more than a year. Based on Cracked writer David Wong’s horror-comedy novel, it combines drugs, zombies and all other kinds of shenanigans into the type of movie we rarely get these days. If it’s even half as good as Bubba Ho-Tep, I’m going to enjoy the hell out of it.
PLAYING EXCLUSIVELY AT THE TEXAS THEATRE 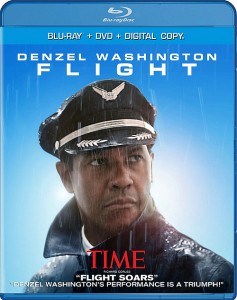 Flight (78%)
Though seemingly dismissed aside from Denzel’s commanding performance, Flight is a harrowing tale of addiction and how it forces those you love to make sacrifices they shouldn’t have to, all to keep you out of trouble despite your unwillingness to get better. To me, just when Flight seems to be heading toward convention, it finds another way to grip you and surprise you. It’s one of the best movies of 2012 (which was a very good year indeed) and if I were voting, Denzel would be crowned Best Actor.

To buy  (click the link to watch on Netflix):
Music: Mumford & Sons: The Road to Red Rocks

Criterion: The Ballad of Narayama