The Weekender: Guns and ‘Butter’

Frankenweenie (PG)
Starring the voices of Robert Capron, Catherine O’Hara, Winona Ryder
Story by Tim Burton and Leonard Ripps
Screenplay by John August
Directed by Tim Burton
What does it say about Burton that he’s getting the best reviews of his career for remaking his own short film? This stop-motion (an area Burton always succeeds) film plays right to families, as a boy tries to resurrect his dead pooch.

Butter (R)
Starring Jennifer Garner, Ty Burrell, Olivia Wilde
Written by Jason A. Micallef
Directed by Jim Field Smith
Likely to be another festival misfire, which is a shame considering its talented cast. Garner plays a Type-A Tea Partier who tries to win her town’s butter-sculpting competition. She faces stiff competition from a stripper (Wilde) and an orphan (Yara Shahidi). Also look out for Ashley Greene, Alicia Silverstone, Hugh Jackman and, in a rare non-asshole role, Rob Corddry.
PLAYING AT BOTH ANGELIKAS

Angelika Dallas: How to Survive a Plague (NR)

The Magnolia: The Revisionaries (NR) 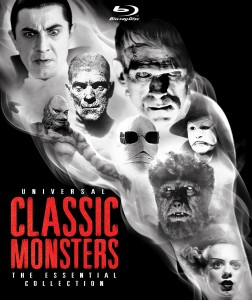 Universal Classic Monsters: The Essential Collection
Expanding on the DVD set that came out in March, Universal is releasing this massive Blu-ray box set. In addition to monsters like Dracula, Frankenstein and The Mummy, this collection also includes other ghouls like The Invisible Man and the one that scared me the most as a kid: The Creature from the Black Lagoon. The set also features a coffee table book on the history of the studio’s spooky successes.

Criterion Blu-ray: In the Mood for Love