The Weekender: Game ‘Over’

Jack the Giant Slayer (PG-13)
Starring Nicholas Hoult, Stanley Tucci, Ewan McGregor
Screen story by Darren Lemke & David Dobkin
Screenplay by Darren Lemke and Christopher McQuarrie and Dan Studney
Directed by Bryan Singer
To me, Bryan Singer is the most wasted Hollywood director in recent years. He could have done so many great things and all that ambition just disappeared. So I’m really not excited for this fairy-tale re-do that, just like Snow White and the Huntsman, feels like a knock-off of Lord of the Rings. Please go back and do something like The Usual Suspects. Please.

21 & Over (R)
Starring Miles Teller, Skylar Astin, Justin Chon
Written and directed by Jon Lucas & Scott Moore
If we’re lucky, maybe this will be a college-set version of the writer-directors’ original Hangover. If we’re not (and since this is the spring, I’m betting we’re not), this could be a narrative version of last year’s worst movie Project X.

The Last Exorcism, Part II (PG-13)
Starring Ashley Bell, Louis Herthum, Tarra Riggs
Story by Damien Chazelle
Screenplay by Damien Chazelle and Ed Gass-Donnelly
Directed by Ed Gass-Donnelly
Much like the Final Destination series, it’s a little perplexing to keep making sequels if there’s finality right there in your title. While this one ditches the found-footage concept, it still looks as un-terrifying as PG-13 horror can be.

Phantom (R)
Starring Ed Harris, David Duchovny, William Fichtner
Written and directed by Todd Robinson
There are often moments when you wonder who in Hollywood greenlights horrendous projects. While I doubt Phantom will be a complete disaster, you have to wonder who wanted to throw money at a submarine movie in 2013. 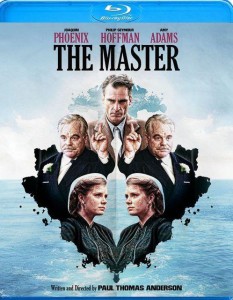 The Master (86%)
Easily the most challenging film of 2012 was Paul Thomas Anderson’s critically adored, feverishly defended but largely ignored psychological drama. The trio gives the best performances of their careers (and given their careers, that’s really saying something) as three people always fighting for control and feeling it slip through their fingers. While the script is opaque to a fault, literally everything else in the film is breathtaking, including its cinematography, editing, production design and Jonny Greenwood’s score.

Blu-ray: Diary of a Chambermaid, Eye of the Storm, Lady for a Night, Monsieur Gangster, A New Life, Plain Clothes, Red Menace, Strangers in the Night

Criterion: Chronicle of a Summer, Sansho the Bailiff