Frozen (PG)
Starring the voices of Kristen Bell, Jonathan Groff, Josh Gad
Screen story by Chris Buck and Jennifer Lee and Shane Morris
Screenplay by Jennifer Lee
Directed by Chris Buck and Jennifer Lee
Is Disney back? Pixar’s carried most of the weight of their animation department for the last decade. But some advance word says Frozen isn’t just on the “good” level of The Princess and the Frog and Tangled, it’s the best Disney production since Beauty and the Beast.

Oldboy (R)
Starring Josh Brolin, Elizabeth Olsen, Samuel L. Jackson
Written for the screen by Mark Protosevich
Directed by Spike Lee
Did anyone need a remake of the Korean cult hit? No, but Spike Lee never does anything half-assed or boring, so it’ll be an interesting experiment at least.

Black Nativity (PG)
Starring Angela Bassett, Forest Whitaker, Jennifer Hudson
Written for the screen and directed by Kasi Lemmons
This musical, adapted from the play by Langston Hughes, apparently doesn’t have the heft of the original story, as its reduced to lowest-common denominator cultural references. It seems as if its mere existence should inspire you.

Homefront (R)
Starring Jason Statham, Winona Ryder, James Franco
Written for the screen by Sylvester Stallone
Directed by Gary Fleder
Statham sleepwalks through another role that would have been perfect for Patrick Swayze in the ’80s. He plays an ex-DEA agent who moves into the heart of Meth Country. Yee-haw.

Philomena (PG-13)
Starring Judi Dench, Steve Coogan, Mare Winningham
Written for the screen by Steve Coogan & Jeff Pope
Directed by Stephen Frears
Judi Dench may need to save some mantlespace for a second Oscar or at least a seventh nomination, playing the real-life Philomena Lee, who went on a decades-long search for the son she had to give up as a teen. Coogan plays the washed-up journalist covering her story.

Bridegroom (R) – Also available on Netflix
Directed by Linda Bloodworth-Thomason
Get the tissues and sandwich boards out. This documentary focuses on the accidental death of Thomas Lee Bridegroom and the unfair legal system that left his partner Shane Crone with no legal protection.
PLAYING EXCLUSIVELY AT THE TEXAS THEATRE 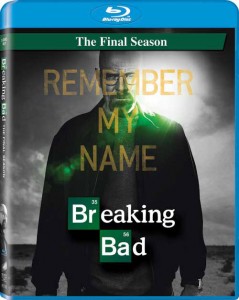 Breaking Bad (The Final Season)
Not every episode in these final eight were perfect, but the show absolutely stuck the landing, something few prestigious dramas can claim. Bryan Cranston perfectly ended his tenure as one of the greatest TV characters of all time. What an incredible run, and for my money, the best drama series ever made.

To buy (click the link to watch on Netflix):
Comedy: Jim Breuer: And Laughter for All, Bill Cosby: Far from Finished*

Blu-ray: Day of the Animals, The Horror Show, Knightriders