The Weekender: For ‘Shame’ 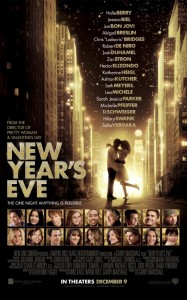 New Year’s Eve (PG-13)
Starring Katherine Heigl, Chris Bridges, Ashton Kutcher
Written by Katherine Fugate
Directed by Garry Marshall
Only Garry Marshall could make so many feel-good movies seem so unappealing. In this thematic sequel to Valentine’s Day, dozens of New Yorkers’ lives intersect on December 31st. I wonder if everyone will have someone to kiss at midnight, even if it was the person they LEAST EXPECTED. 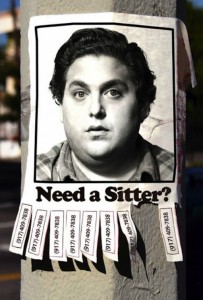 The Sitter (R)*
Starring Jonah Hill, Ari Graynor, Sam Rockwell
Written by Brian Gatewood, Alessandro Tanaka
Directed by David Gordon Green
This ultra-light comedy is your farewell to Fat Jonah. He’s a foul-mouthed babysitter who travels into New York City with his three young charges in a quest for drugs for his withholding girlfriend. The Sitter is thoroughly goofy and occasionally sweet, but mostly a joke machine. It’s worth seeing, but I’d wait and Redbox it in a few months. 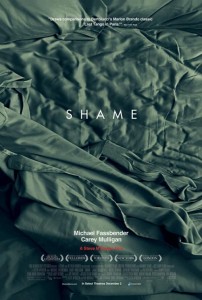 Shame (NC-17)
Starring Michael Fassbender, Carey Mulligan, Nicole Beharie
Written by Abi Morgan, Steve McQueen
Directed by Steve McQueen
Kudos to Fox Searchlight for not shying away from this film’s inevitable NC-17 rating, embracing it and giving this film the push it surely deserves. Oscar buzz is strong for Fassbender, who plays a successful New York businessman hiding an extreme sex addiction. Things get worse once his sister (Mulligan) crashes at his apartment, and attempts to save him from his darkest impulses.
PLAYING EXCLUSIVELY AT THE ANGELIKA DALLAS 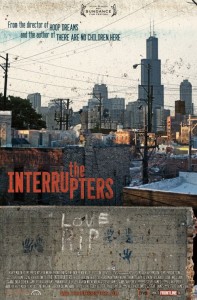 The Interrupters (NR)
Directed by Steve James
In one of the year’s most acclaimed documentaries, Steve James (Hoop Dreams) follows former Chicago gang members who try to prevent more violence from tearing up the city’s South Side. The film was a hit at Sundance and will also air on PBS in 2012.
PLAYING EXCLUSIVELY AT THE ANGELIKA DALLAS 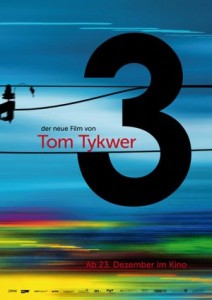 3 (NR)
Starring Sophie Rois, Sebastian Schipper, Devid Striesow
Written and directed by Tom Tykwer
Tykwer (Run Lola Run, Perfume) has a way of toying with his audience, taking simple stories and injecting them with humor, visual flair and his own skewed view of the world. In this romantic comedy, a husband and wife cheat on each other—unknowingly—with the same man. The situation gets trickier when the wife discovers she’s pregnant.
PLAYING EXCLUSIVELY AT THE TEXAS THEATRE

Also opening:
The Magnolia: The Man Nobody Knew (NR)
Inwood Theatre: The Mill and the Cross (NR) 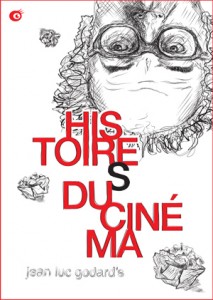 Histoire(s) du Cinéma
Jean-Luc Godard’s pastiche on this history of film has long been unavailable on home video, surviving solely in classrooms and revival houses for decades. But it’s finally available on DVD and worth a look, especially for film buffs. Godard assembled more than four hours of footage, often overlapping film clips with still images, set to a score of some of the greatest classical music of all time. It’s one of Ignatiy Vishnivetsky’s favorites.