The Weekender: ‘Drift’ away

Ice Age: Continental Drift (PG)
Starring the voices of Ray Romano, Denis Leary, John Leguizamo
Screenplay by Michael Berg and Jay Fuchs
Directed by Steve Martino and Mike Thurmeier
Unless you have a kid under the age of six, don’t waste your time. Read my review for College Movie Review here.

Take This Waltz (R)
Starring Michelle Williams, Seth Rogen, Sarah Silverman
Written and directed by Sarah Polley
Sarah Polley follows up the magnificent Away from Her with this melancholy drama about a woman’s temptation to cheat on her husband and the fallout that ensues.
PLAYING AT THE MAGNOLIA and ANGELIKA DALLAS (also available on demand) 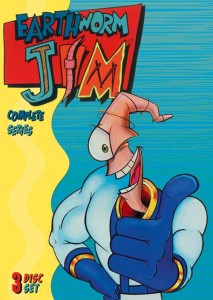 Earthworm Jim (The Complete Series)
The ’90s were such a fertile period for cartoons that even the second-tier shows (like this and Freakzoid!) still own pretty much every cartoon kids get today. This is the first time any episodes have been available on DVD.