It’s far too early to pick the best TV shows of the year so far, since most only aired the back half of their fall seasons or barely got started. So here are the single best episodes aired this year so far. 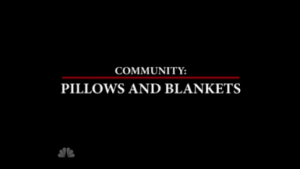 5. Community – “Pillows and Blankets” (aired April 5)
Everyone knows Community does parodies better than any show ever. That’s because the cast and writers can sustain a gimmick throughout the whole show. And they commit fully, making sure the get the little details and broad jokes just right. This dead-on parody of Ken Burns’ Civil War documentary series makes every parody they’d done before look like an SNL skit. 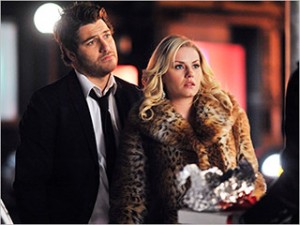 4. Happy Endings – “The St. Valentine’s Day Max-ssacre” (aired February 8)
This Valentine’s Day episode represents a show finally reaching its full potential and firing on all cylinders. There are deeper, more emotionally rich shows on TV right now, but none are as relentlessly funny as Happy Endings. 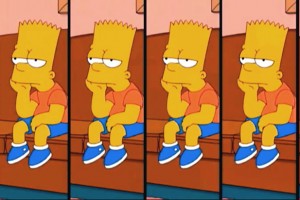 3. The Simpsons – “A Totally Fun Thing Bart Will Never Do Again” (aired April 29)
A latter day Simpsons episode? Your kidding right. Not at all. Though this past season featured some new lows (the one narrated by Moe’s bar rag, anyone?), the season carried a constant theme of acceptance, the kind when you realize this might be as good as it gets, even if it’s not that great. I saw this episode right after I got home from what was the best vacation of my adult life and almost cried at the end as Bart realizes the vacation can’t last forever, and you have to go back to your 9-to-5 life. That fact doesn’t make the vacation meaningless. It makes it that much more important. 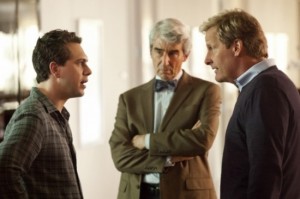 2. The Newsroom – “We Just Decided To” (aired June 24)
Critics will keep sipping on the Haterade, but Aaron Sorkin’s latest show about the behind-the-scenes shenanigans of a show in turmoil (that makes three of four about this topic) is the best thing on HBO right now, and an exciting return for one of the greatest writers of all time. Critics may complain about its lack of subtlety, but Sorkin’s never gone for that, preferring to plainly but emphatically state his point of view. I couldn’t be more excited to hear it. 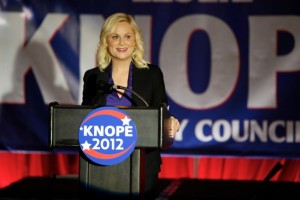 1. Parks and Recreation – “The Debate” (aired April 24)
Has any comedy constantly gotten better, season after season, with virtually no hiccups along the way? None spring to mind, and that’s why Parks and Rec is among the greatest series currently airing and once it’s done will be among the greatest series ever. This episode, written and directed by Amy Poehler, sees Leslie Knope going toe-to-toe with her competitors for city council: the son of a local business legend, a porn star, a gun-toting extremist and an animal activists who thinks anyone who touches a leather coat should be charged with murder. Not only does this make a brilliant mockery of the election cycle, it showcases why Poehler should win the Emmy for Best Actress in a Comedy Series, all thanks to that heartfelt speech she gave about why, despite having constituents that place among the dumbest in the country, she still presses on, serving the citizens of Pawnee, always striving to do a better job. That’s true of the show she’s on, too.