The Hobbit: The Desolation of Smaug (PG-13)
Starring Martin Freeman, Orlando Bloom, Ian McKellen
Written for the screen by Fran Walsh & Philippa Boyens & Peter Jackson & Guillermo del Toro
Directed by Peter Jackson
Second verse, same as the first. I’ll have a review soon, as I’ll have to sit through this a few times with my fiancée, who has to watch it several times for a class she’s taking.

The Broken Circle Breakdown (NR)
Starring Johan Heldenbergh, Veerle Baetens, Nell Cattrysse
Written for the screen by Carl Joos & Felix van Groeningen
Directed by Felix van Groeningen
Germany’s official submission serves as a companion piece of sorts to Inside Llewyn Davis. This is a more heartbreaking version than what the Coens will offer, as it chronicles two folk singers who fall in and out of love.
PLAYING AT THE MAGNOLIA

I Am Divine (NR)
Directed by Jeffrey Schwartz
This doc takes a look at drag icon and John Waters’s muse and his rise to prominence in Baltimore and beyond.
PLAYING EXCLUSIVELY AT THE TEXAS THEATRE 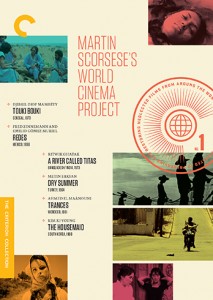 Martin Scorsese’s World Cinema Project (The Criterion Collection)
There are few people on Earth who like movies more than Martin Scorsese. This Criterion box set collects films from Bangladesh, Mexico, Morocco, Senegal, South Korea and Turkey. All the films are considered “forgotten” or at least in need of major restoration, without a country willing to pay for a massive restoration.

To buy (click the link to watch on Netflix):
TV: Doctor Who: The Day of the Doctor, Futurama (Vol. 8)