IN THEATERS:
Note: This weekend marks the start of a very dark time at the box office. I don’t see a single bright spot until Derek Cianfrance’s The Place Beyond the Pines, which opens in limited release at the end of March. Don’t say I didn’t warn you.

Dark Skies (PG-13)
Starring Keri Russell, Josh Hamilton, J.K. Simmons
Written and directed by Scott Stewart
While I’m a big fan of Keri Russell, I’m obviously not crazy about PG-13 horror. While this looks like it has the potential to be somewhat spooky, I’m not sure it has the cojones to be truly frightening. Where’s all the good horror?

Snitch (PG-13)
Starring Dwayne Johnson, Susan Sarandon, Jon Bernthal
Written by Justin Haythe and Ric Roman Waugh
Directed by Ric Roman Waugh
I think they already made this movie, and it also starred The Rock. It was called Faster and it died a quick, merciful death. Expect the same fate for this indistinguishable action movie. 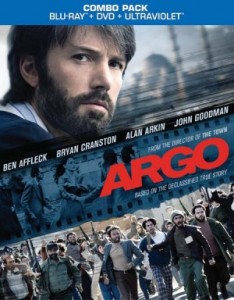 Argo (96%)
While the box office may have dreadful offerings for the next month, home video has last year’s cream of the crop ready to go. You should go ahead and buy Argo, sure to be this weekend’s Best Picture winner. Ben Affleck has assembled an incredible ensemble to tell the riveting true story of “The Canadian Caper,” crafting a taut thriller out of a story to which we already know the ending. It was in my top 10 last year and is sure to make yours.

Criterion: On the Waterfront